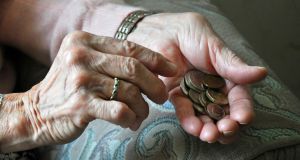 New members of the older generation are more likely than previous cohorts to still be in employment, own a home and also have a private pension

The UK’s pensioners are enjoying higher household incomes than working families for the first time, underscoring the seismic shifts in wealth distribution and living standards in British society in recent years.

New members of the older generation are more likely than previous cohorts to still be in employment, own a home and also have a private pension, according to a report by the Resolution Foundation for the Intergenerational Commission.

Alongside weak income growth among those of working age the changes have resulted in pensioners’ household income overtaking that of the younger generation by £20 per week, a marked reversal from 2001 when they were £70 worse off.

“We can’t assume either that young people today will be able to draw upon the kind of wealth that recent pensioners have accumulated given the recent fall in home ownership and decline in generous defined benefit schemes,” said Resolution economic analyst Adam Corlett.

The report adds to a debate on inequality in Britain by highlighting the shift in wealth toward older generations in recent years. After the vote to leave the EU exposed a divided country in which many people feel left behind, lawmakers are now reviewing the Bank of England’s post-crisis stimulus amid accusations it has helped to widen the gap between rich and poor. – Bloomberg