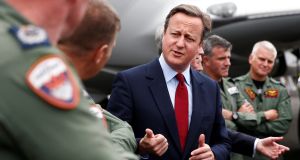 David who? David Cameron dropped in on the Farnborough International Airshow for one of his last engagements as prime minister 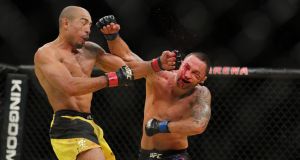 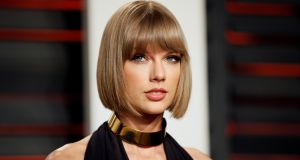 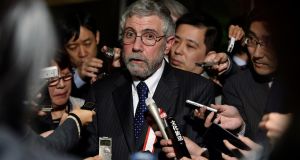 Image of the week: David who?

At the time of writing, Britain has not been subject to a military coup, although frankly who knows what’s going on anymore. For one of his last engagements as prime minister, David Cameron dropped in on the Farnborough International Airshow where he spoke with British crew-members of a Boeing P-8 Poseidon maritime reconnaissance aircraft. Let’s hope they had some good Netflix recommendations. “We need to make the most of the cards in front of us,” said the man criticised for taking a massive gamble with the UK economy and losing. And then the heavens opened, torrential downpours forced the Farnborough trade buyers under the wing of fighter jets for shelter, the power was shut off and the site closed early for the day.

Amount that the previous owners, casino entrepreneurs Lorenzo and Frank Fertitta, paid for the franchise in 2001. This is what’s known as a knockout return.

Estimated number of television households that UFC “reaches”, making it very difficult to go anywhere in the world to escape Conor McGregor.

Oh dear, oh dear, oh dear. The Government and the Central Statistics Office, knowing full well that its calculation of 26.3 per cent GDP growth in Ireland last year was merely an accounting technicality, can’t have been too happy to see it dubbed “leprechaun economics” by Nobel-winning economist Paul Krugman.

His tweet was met with sighs from Irish people fed up with twee leprechaun stereotypes, though the analogy had a solid underpinning. Just like the leprechaun’s pot of gold, the Irish economic boom – nearly four times the rate of Chinese growth – does not exist, party times for aircraft leasing aside.

Still, it might be best to come up with a more sensible measure for the Irish economy before Krugman realises he could have gone with “leprechaunomics”.

Getting to know: Flying urinals

Airbus is thinking about introducing the first ever men’s urinals – the first ever official urinals, that is – on its planes, because it believes this might be a better use of space, although chief executive Tom Williams did note that it would be “a bit sexist to have a men-only toilet”.

The best thing about this story is that an organisation called the British Toilet Association then warned of the inevitable “olfactory consequences”, as the Daily Telegraph euphemistically phrased it. “One of the biggest problems with urinals is that they smell strongly,” Raymond Martin of the association told the newspaper, suggesting a full listicle of urinal problems might be on its way.

The big question is, will Aer Lingus advise people to wipe down the urinal as a courtesy to the next passenger?

“One of the biggest things in business is to open yourself up for change” was the Forbes “Quote of the Day” on Wednesday from Jay Z. But the rapper was a mere 36th on Forbes’s list of the highest-earning celebrities in 2015, with the top five looking like this:

Moths, but no flies, on the Real Madrid forward and Portugal captain as he pocketed $88 million in 2015.

The television personality was last seen suing the National Enquirer and he has the cash to do so.

In a rare turn of events, a writer of fiction makes money – indeed, some $95 million by Forbes estimates.

Only coming third in The X Factor has proven no barrier to global domination for the now four-pronged boyband, who shared earnings of $110 million between them.

The Spotify-eschewing singer pulled in $170 million as she took her 1989 album on tour. She replaces boxer Floyd Mayweather at the top of the Forbes list.