OECD plan to tackle tax planning ‘may erode tax base’ 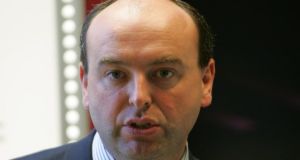 Changes to the international taxation system being considered by the Organisation for Economic Co-operation and Development could “erode the existing tax base” in Ireland, a body representing the accountancy profession has said.

The Consultative Committee of Accountancy Bodies Ireland, in a submission in response to the OECD’s draft report on the tax challenges of the digital economy, said it had expected the Paris-based body to produce proposals that would target “the more controversial types of tax planning noted in the public domain by some multinationals”. However, the draft report on the digital economy contained proposals that the committee felt go much further, citing as an example those that would see a company’s taxable income, or profits, move away from “where the value is actually created, to the locations where products are sold or consumed”.


Distortion and erosion
The draft OECD report suggests “exports by the two countries in the sector constitute almost 20 per cent of the world market. The proposals in your draft are therefore of considerable concern to us. In our view, they would of themselves distort and potentially erode the existing tax base of both countries.”

The committee described as “unacceptable” suggested changes to rules that define where a company can be taxed so that “having a storage facility for stock, or a purchasing division, or an advertising and research department in a country, would make the company liable for tax in that country”.

There has been controversy in Britain over the operation of warehouses by Amazon because the sale of products is booked for tax reasons in Luxembourg. Likewise, the presence by Google and others of sales assistance departments in the UK for sales deemed to have occurred in Ireland for the purposes of taxation has drawn parliamentary ire.

The submission by the accountancy committee is one of 63 responses to the OECD’s draft plan now on its website. The submissions come from parties as diverse as British Sky Broadcasting, the Confederation of Indian Industry, the Thai tax authority, Intercontinental Hotels and NGOs.


Digital economy
Fergal O’Brien of Irish employers group Ibec concurred there should be no effort to create separate taxation rules for the “digital economy”. He suggested VAT be used to collect tax in the markets where sales occur, while corporation tax be applied where the “income-producing activities” take place.

The Irish Tax Institute supported using VAT to “address concerns about [tax] base erosion in consumer markets”. It said the OECD’s work on tax base erosion is “likely to represent the biggest reform to international tax rules in 70 years”.

Michael Hennigan, of Finfacts.ie, said it was not in Ireland’s interest to facilitate corporate tax avoidance.