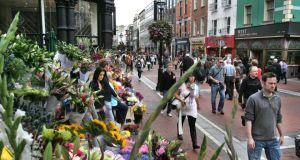 The Economist Intelligence Unit (EIU) has ranked Ireland in 13th position in its annual poll on the best places in the world to do business.

Ireland has been ranked in 6th place among 60 countries in terms of its ability to develop, attract and retain talent for companies. It is also placed in 13th spot in a separate poll on the best places in the world to do business.

Switzerland tops the business school’s study, followed by Denmark, Germany, Finland and Malaysia. Ireland, which comes in 6th place in the overall list, heads the rankings in terms of skilled labour availability and was placed 4th in terms of its appeal as a destination. Ireland is also near the top of the scale for attracting and retaining talent, and for international experience of senior managers.

“The best-ranked countries have a balanced approach between their commitment to education, investment in developing local talent, and their ability to attract overseas talent,” said Prof Arturo Bris, director of the IMD World Competitiveness Center. “Countries with smart talent strategies are also highly agile in developing policies that improve their talent pipeline.”

A separate study published on Thursday by the Economist Intelligence Unit (EIU) ranked Ireland in 13th position in its annual poll on the best places in the world to do business.

The EIU ranked Singapore as number one out of 82 countries for the seventh consecutive year. The study said the tiny Asian island secured its position again “due to its efficient, open economy that works hard to maintain its competitiveness as a regional hub for global businesses.”

Rounding out the top five countries in which to do business were Switzerland, Australia, Hong Kong and Sweden.

Prior to the recession, Ireland was ranked in the top ten countries in the world in which to do business.

The latest rankings show that despite stagnation in the euro zone, key economies such as Denmark and Germany continued to provide a stable environment to do business, according to the study. The so-called BRIC economies ranked poorly however, due to their size. This year, Brazil was in 47th place and India was one place lower. China ranked 50th, while South Africa and Russia were in 52nd and 64th place respectively.

“The rankings of the index reflect the main criteria businesses use to formulate strategy: politics, the economy, market opportunities, policy towards free enterprise, openness to foreign investment, foreign-trade and exchange controls, taxes, financing, the labour market and infrastructure,” said Aengus Collins, European analyst at the EIU.

Singapore also recently topped the World Bank’s ‘Ease of Business’ rankings, in which Ireland was once again ranked in 13th place.