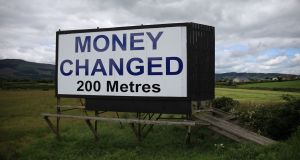 Global organisations may view Northern Ireland as a more attractive “investment and acquisition location” following the Bank of England interest rate cut, according to some existing American investors in the North.

Industry sources says a number of potential discussions are already taking place with local firms across a variety of sectors which could result in deals like that of Dungannon based O&S Doors which was acquired last month by an affiliate of US based Sun European Partners.

The Bank of England’s move to cut UK interest rates to an all-time low could deliver a much-needed boost for some of Northern Ireland’s biggest employers but industry leaders have also warned that more needs to be done to shore up local business confidence.

Dr Esmond Birnie, PwC chief economist in Northern Ireland, said the cut in rates to 0.25 per cent was widely anticipated and it is questionable to what extend it will stimulate economic activity and inspire confidence.

Dr Birnie said with borrowing costs already extremely low for businesses, the cut in interest rates could prompt sterling to weaken further which would add to inflation and business costs. But he said there was also the prospect that the move by the Bank of England could create some opportunities for local firms.

“If the pound remains low that could boost price-sensitive sectors such as tourism, food-processing and cross-Border shopping.

“Some key Northern Ireland sectors such as aerospace and pharma could also become more competitive if the pound remains weak compared to the US dollar,” Dr Birnie added.

Stephen Kelly, chief executive of the industry group Manufacturing NI, said its members view the rate cut “very positively” and believe it strongly signals that the Bank of England “has a plan”.

“It shows they are aggressively taking the action that is needed to try and stave off any catastrophic damage to the UK economies by the worries over what any future Brexit will bring.

“We take confidence in the action and believe it shows that the Bank of England governor Mark Carney and the Monetary Policy Committee have a plan they are working to – hopefully it will act as an inspiration to others,” Mr Kelly said.

But Ann McGregor, chief executive of Northern Ireland Chamber of Commerce and Industry, said she believes the bank’s move reflects an increasingly uncertain outlook for the UK – which will not be reassuring for local businesses.

“Lower interest rates may give a helpful boost to market confidence, but have little long-term effect on businesses when rates are already so low.

“What businesses want is low, stable interest rates for the foreseeable future, which will enable them to make their own growth and expansion plans with confidence.”

Mr Mitchell, who is also the policy chair in the North for lobby group the Federation of Small Businesses, said it should also deliver a boost to household spending and consumer demand in Northern Ireland. But he added: “FSB research carried out before the EU referendum showed small business confidence had fallen to a four-year low.

“Our members do have concerns about the longer-term economic outlook. There is a real risk that sterling will depreciate even further, which could benefit the UK’s visitor economy and small exporters, but could also affect prices, inflation and investment.”