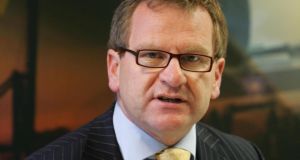 The head of employers’ group Ibec and the country’s biggest trade union have said they expect significant wage pressure to emerge next year, particularly for public sector employees.

In spite of this, during a podcast interview with The Irish Times, Ibec chief executive Danny McCoy and Siptu president Jack O’Connor said they saw no prospect of a new social partnership arrangement. McCoy said he expected the possible renegotiation of the Haddington Road Agreement next year.

“I’ve no doubt wage pressures are coming. I wouldn’t call it social partnership because that had the centralised wage element to it. I think there needs to be some discussion about income policy more generally which involves wage developments, taxation, social welfare, pensions . . . Otherwise, there will be a free-for-all [of high pay rates] that may not be sustainable and would undermine our recovery,” he said.

O’Connor said Siptu has reached pay agreements in some parts of the private sector, including across the manufacturing sector.

“They’re running at about two per cent per year, which is modest to say the least but are real increases and running ahead of inflation.” A social partnership “could be very bad for trade unions”, he added.

McCoy said: “I don’t think we will have social partnership. I don’t think it would be appropriate, actually…What’s really happened here in terms of the troika austerity programme is that 2015 has kind of come into 2014. I think the same pressures will continue into 2016.”