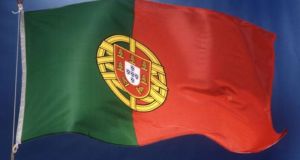 A group of investors who lost hundreds of millions of euro in the collapse of Banco Espírito Santo has filed a lawsuit challenging the European Commission’s decision to approve Portugal’s bailout of the bank.

The lawsuit, filed on Friday at the EU’s Court of Justice in Luxembourg, could cast doubt over Portugal’s plan to sell Novo Banco, the main entity to emerge from the wreckage of BES.

The investors, including Dan Loeb’s hedge fund Third Point and Brazilian investment bank BTG Pactual, have already filed a legal challenge against the Portuguese central bank over its restructuring of the distressed lender.

The €4.9 billion rescue of BES protected taxpayers and senior creditors by leaving them in a “good bank”, now called Novo Banco, but left shareholders and subordinated creditors in a “bad bank” holding only toxic assets. In their application for annulment of the state aid approval the investors argue the EU “committed numerous manifest errors of law”. –(c) 2014 The Financial Times Limited

1 Why is Germany suddenly embracing its inner Keynesian?
2 Prospect of foreign travel highlights remaining restrictions here
3 Passengers face queuing in car parks at Dublin Airport
4 Tesla’s Elon Musk calls for breakup of Amazon in tweet
5 Brother is dragging his heels as executor of uncle’s will - is there anything I can do?
6 Tesco to cut emissions by converting waste food from Irish stores to gas
7 Major credit union plans to limit savings accounts to €40,000
8 Domestic economy may get boost from multinationals
9 Student accommodation sector set for harsh Covid-19 lesson
10 Land dispute between Citywest Hotel owner and neighbours before court
Real news has value SUBSCRIBE