Firms will be able to write down 140% of investment value 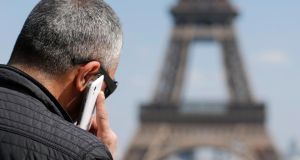 French firms will benefit from bigger tax rebates on their investments as part of reforms announced on Wednesday to boost business activity.

Flat business investment remains a drag on the improving economic outlook for the euro zone’s second-largest economy at a time when consumer spending and exports are picking up.

A key measure will be allowing firms to write down 140 per cent of the value of the industrial investments they will make between now and April 2016.

Local authorities will be reimbursed more quickly on sales tax paid on their public works investments and some tax rebates on housing works will be extended.

The Socialist government had announced after it suffered a severe defeat in local election last month that it would take steps to boost investment and jobs. The measures announced on Wednesday included no steps on the jobs front.

It estimated corporate investment would be completely flat in the first quarter and up just 0.1 per cent in the three months to June. Investment in real estate, whether by households or businesses, will remain firmly in the red.

Mr Valls also said that a deal had been struck with motorway operators that will unlock a €3.2 billion road investment plan. Talks on the plan will be wrapped up soon and include no toll hike for this year, he said.