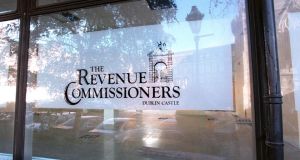 A former tax inspector who worked for the Revenue Commissioners for eight years has made a settlement of €4 million for the under declaration of VAT and income tax late last year, the latest defaulters list reveals.

James Daly, a qualified accountant with an address at Kinvara, Woodleigh Park, Model Farm Road, Cork, made the biggest settlement during the fourth quarter.

Separately, well-known concert promoter and former Century Radio investor Oliver Barry made a settlement of €2.2 million with the Revenue Commissioners for the under declaration of VAT and income tax during the final quarter of 2014.

Among the other big payers to settle with Revenue were Midleton-based fund managers Bod Investments, which is in liquidation. It made a settlement of €2.24 million for under declaration of tax and income. The company was established in 1994 and previously listed William O’Flynn and Deidre O’Flynn as directors.

Four members of the Dublin-based Bari family, which previously received a bill for just over €1 million in the third quarter of 2013, made settlements which collectively totalled €387,102. The family previously ran a number of Haagen Dazs cafes in Dublin, as well as the Japan and Angel ladies fashion outlets.

Garrett Bradshaw, head chef at the award-winning Pigs Tale in Gorey, Co Wexford, made a settlement of €26,193.00 for underdeclaration of VAT and PAYE/PRSI totalling €65.482.

A total of 99 defaulters appear on the latest tax defaulters list, which raised some €23.1 million in settlements and penalties for the exchequer.

Two of the settlements published, which yielded €600,000, relate to Revenue’s investigation into offshore assets and funds.

Medical consultants featured highly on the latest list following an ongoing investigation by Revenue that has so far yielded more than €19 million in tax, late payment interest charges and penalties.

Desmond Winter, associate clinical professor in the School of Medicine and Medical Science at St Vincent’s hospital in Dublin, paid €477,072 for underdeclaration of income tax. Another medical consultant Michael Gannon, with an address at 39 Dartmouth Square, Ranelagh, settled for €347,047 over underdeclaration of tax.

A total of 1,804 audit and investigations together with 23,365 risk management queries and interviews were settled during the fourth quarter, resulting in a yield of €149.44 million.

Musician Frankie Gavin, with an address at Ardnasilla, Oughterard, Co Galway, was among 319 individuals fined for failing to lodge a tax return. He paid a fine of €1,250 to Revenue.

A total of 1,804 audit and investigations together with 23,365 risk management queries and interviews were settled during the quarter, resulting in a yield of €149.44 million.