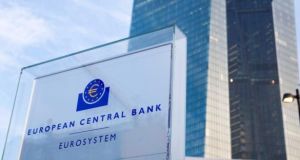 Policymakers will still look closely at the consequences of Italy’s decision, said Mr Villeroy, who is also governor of the Bank of France, at a seminar in Japan.

Mr Villeroy also warned Britain there will be no “cherry picking” on market access as it negotiates its divorce from the EU.

Italian prime minister Matteo Renzi has vowed to resign after suffering a crushing defeat on Sunday in the referendum on constitutional reform, tipping the euro zone’s third-largest economy into political uncertainty.

“The referendum in Italy yesterday may be deemed another source of uncertainty,” Mr Villeroy said.

“However, it cannot be compared to the British referendum: Italian people have been called to the polls to vote on an internal constitutional matter, and not on Italy’s long-standing EU membership.”

The euro tumbled to a two-year low after the referendum as Mr Renzi’s resignation could give anti-euro zone parties a chance to gain power, further threatening European integration.

The ECB meets on December 8th in Frankfurt. At that meeting the ECB will extend its bond purchases beyond March and consider sending a formal signal that the programme will eventually end, said senior sources with direct knowledge of discussions.

Before the referendum, central bank sources said the ECB is ready to temporarily step up purchases of Italian government bonds if the referendum sharply drives up borrowing costs for the euro zone’s largest debtor.