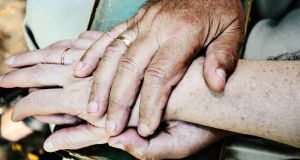 From advanced economies such as the USA and Japan to developing countries like China and India, the change in the shape of population pyramids is poised to crimp productivity growth over the next decade, HSBC contends.

The graying of the globe, and advanced economies in particular, leaves economic growth caught between a rock and a hard place.

The direct negative impact of aging populations on growth has been well-discussed, but economists at HSBC delve into the other channel through which this dynamic can further depress the global economy in a research note published on Monday.

Growth isn’t merely comprised of hours worked, it’s also a function of how much output can be produced per amount of time worked (or, in a word, productivity). And while, the retirement of Baby Boomers constitutes a well-documented elimination of an input to the production process, the structure of population pyramids also augurs for softer productivity growth going forward, argues HSBC Economist James Pomeroy.

Advanced economies haven’t been able to generate much in the way of productivity growth since the financial crisis. Over the medium to long-term, however, the possibility for robots to replace and augment labour’s role in the production process offers cause to think that perhaps demographics will not be destiny as far as GDP growth is concerned.

What we know about humanity’s productivity life cycle and the link between investment and population growth, however, doesn’t support these hopes, according to HSBC: From advanced economies such as the USA and Japan to developing countries like China and India, the change in the shape of population pyramids is poised to crimp productivity growth over the next decade, HSBC contends.

“The population structure in many economies does not lend itself to an increase in productivity, with a higher share of older (or younger), less productive workers,” wrote the economist.

“The change is huge, suggesting that the make-up of these populations will be less conducive to productivity growth in the future than it has been in the past.” Mr Pomeroy adds that along with peak productivity, the 45- to 54-year-old age bracket also boasts the highest consumer spending in the US.

People aging out of this category present another channel by which the graying process will drag on growth. And health care, a segment that will be in high demand among the elderly, is a sector with notoriously poor productivity growth.

Investment growth, meanwhile, tends to track the growth of the labor force rather closely: It would likely take a breakdown in this historical relationshipâ in which capital supplanted rather than complimented labour to allow for the possibility that productivity growth could offset the deleterious effect of lower hours worked on GDP.

“Unless something changes and we see more investment from either public or private sources, the rest of the developed world may succumb to a similar fate to Europe today, where the dearth of investment is hampering output growth,” concludes Mr Pomeroy.

The dominant role that services play in advanced economies does mean, however, that they will likely be less afflicted by an age-induced productivity stupor than their emerging market counterparts.

“Empirical studies suggest that productivity is less influenced by age in office-type work than in manufacturing plants and so developed markets, with a much higher share of the economy in services, should be better prepared to maintain productivity as the population ages,” the economist wrote.

The composition of employment in China, which is heavily tilted toward primary and secondary industries, therefore underscores the urgency and necessity of reorienting growth towards domestic drivers.

All these indirect effects of the aging population threaten to weigh on the global economy’s top speed for decades to come, warns HSBC.