Profit at builders’ merchants chain up 24% to €2.45m as demand in sector increases 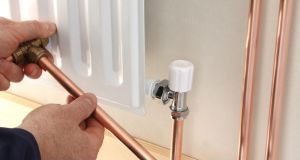 DPL said the increase in building and continued growth in the repair, maintenance, improvement and DIY markets influenced results

Sales at the Kilmainham, Dublin-based group rose almost 6 per cent in 2018 to €51.9 million from €49.15 million the previous year, accounts just filed with the Companies’ Registration Office show.

DPL sells timber, heating and plumbing supplies, electrical equipment, fittings and other materials to builders and the general public. The chain has stores in Kilmainham and Dún Laoghaire, and eight around the Republic, in Cork, Galway and Waterford as well as key regional centres.

Chairman Jeremiah Maher and managing director John Peare state that the increase in building and the continued growth in the repair, maintenance, improvement and DIY markets influenced 2018’s results.

Construction grew strongly last year as demand for homes and offices in the Republic remained high.

At the same time, the shortage of dwellings has prompted growing numbers of homeowners to extend or improve their houses rather than moving.

DPL had €1.3 million in cash, stocks of more than €10 million, and while its debtors, most of them customers, owed it €14 million at the end of last year. The group valued its properties at €23 million.

DPL employed 178 people last year and paid them €5.3 million in wages and pension and welfare contributions.