Construction to begin in January next year and is expected to support up to 2,500 jobs 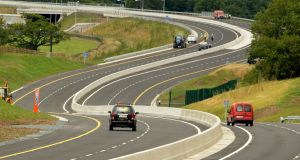 This is expected to support up to 2,500 jobs and will see construction activity commence in January 2016.

This contract follows BAM’s recent completion of the €250 million Arklow to Rathnew section of the M11 motorway, also on a PPP basis.

The project will be undertaken by a BAM Civil and Dragados joint venture.

The new road will be operational in August 2019, followed by a 25-year concession period for the consortium but will not include tolls. It is designed to ease traffic congestion by bypassing Ferns, Camolin and Enniscorthy.

BAM Ireland chief executive Theo Cullinane said he was pleased to have concluded the agreement with the NRA.

“Following the recent opening of the Arklow to Rathnew portion of the M11, this new motorway will further enhance transport links to the South East,” he said.

“PPP is a highly effective model for investing and developing Ireland’s infrastructure, which plays a critical role in our economic recovery,” he added.

Latest accounts for BAM Contractors Ltd show it made a profit of €7 million on turnover of €306 million in 2013.

BAM has been involved in a number of PPPs in Ireland, including the Newlands Cross junction in Dublin, the M1 Dundalk western bypass, the M7/M8 Portlaoise bypass and the N25 Waterford bypass PPP motorway schemes.

Last year, it constructed eight schools in Ireland under a PPP bundle and it recently commenced works on the design, building, financing and maintenance of another four.