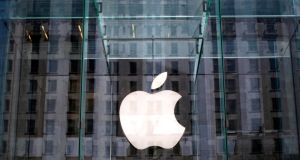 Minister for Finance Michael Noonan has appointed academic Seamus Coffey to review the State’s tax code which the Government committed to immediately after the European Union’s recent Apple tax ruling.

Mr Coffey, an economics lecturer with University College Cork, has been asked to look specifically at issues such as ensuring the tax code “does not provide preferential treatment to any taxpayer”. He has been directed to make recommendations to the minister by the end of June.

The Government decided on September 2nd to review the country’s company tax code as it announced it would appeal the EU Commission’s August ruling that the State recover €13 billion in back-taxes from Apple. The Government and Apple have rejected the EU’s findings that the iPhone maker received unfair tax advantages in Ireland on foot of two opinions issued by the Revenue Commissioners to the US group, in 1991 and 2007.

No change to corporation tax

Minister Noonan said at the time that it is “good practice to undertake periodic reviews of key areas of Government policy”. The commitment was a concession offered to Independent Ministers at the time in order to get their backing for an appeal against the EU’s finding.

The review excludes any possibility of a change to the State’s 12.5 per cent corporation tax rate. Instead, the terms of reference include looking at “achieving the highest international standards in tax transparency, including the automatic exchange of information on tax rulings with other jurisdictions”.

Mr Coffey has also been asked to address how Ireland can further implement its commitments under the Organisation for Economic Co-operation and Development’s Base erosion and profit sharing (Beps) to tackle harmful tax competition and aggressive tax planning.

“Ireland, like our competitor jurisdictions, will adapt its regime to address international tax reform arising from Beps and other multilateral forums,” said Joe Bollard, head of international tax at EY Ireland. “We welcome the Minister’s reinforcement of commitment to maintaining competitiveness through that journey.”