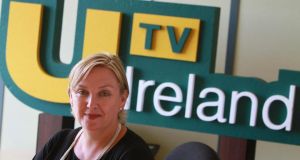 A five-part series looking at all 24 finalists in the EY Entrepreneur of the Year 2015 begins on UTV Ireland at 8pm tonight.

“Entrepreneurs are the backbone of the Irish economy and, so often, we see domestic and international success stories stemming from every corner of the country,” said UTV Ireland head of channel Mary Curtis.

“There is great business diversity amongst the 24 EOY finalists, each of whom have compelling stories to tell.”

Three category winners will be announced at the televised awards ceremony held on October 22nd, with one of the three named the entrepreneur of the year.

UTV Ireland has taken over the broadcasting of the awards from RTÉ.