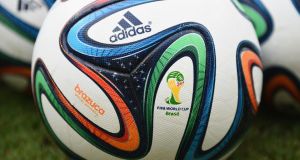 The diversified Stafford group, the family-owned company behind Lifestyle Sports, Stafford Fuels and Stafford Shipping, doubled its operating profits last year, in another sign that conditions are steadily improving for companies focused on the domestic economy.

Stafford Holdings, which owns sports retailer Lifestyle and also Campus Oil, recorded revenue of €360 million, up from €342 million over the previous 12 months. Operating profits at the group doubled to just below €3.4 million. The company’s directors indicated its improved profitability was down to a better economy, rather than consolidation.

“[2013] recorded a welcome return to growth in both turnover and [profitability], which highlights how increased activity, at higher levels of profitability, is driving the growth . . . rather that cost reduction . . . which has been the feature of the past few years,” chairman Victor Stafford said.

In a note attached to financial statements signed off by the directors this summer, Mr Stafford said each of its divisions – across retailing, fuels and shipping – had boosted its performance.

Stafford is one of the largest family-controlled companies in the State, with total assets on its balance sheet of €138 million, according to its accounts. It has retained profits of €42.5 million, after paying a dividend to the family of €2 million.

The Stafford Group employed an average of 808 people across the year, up from 786 the previous year.

The group also continued to chip away at its debt last year, with net debt reduced by €3.2 million to €14.7 million. In the months following the end of last year, the group says it also wound up a defined-benefit pension scheme for one of its operations in Wexford.

Lifestyle Sports, a retailer of sports apparel and equipment, has more than 60 stores nationwide. Campus Oil is the largest supplier of fuels direct to consumers in the eastern half of the country, the company claims, while Stafford Shipping operates warehousing facilities from New Ross in Wexford, the family’s hometown.