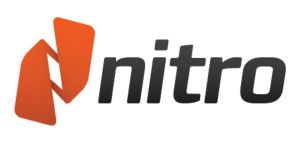 The Australia-founded firm is currently hunting for its permanent base around Dublin’s silicon docks area.

Technology firm Nitro, which set up in Ireland last year, expects to at least double the number of jobs it initially hoped to create at its Dublin office.

The company, which offers document productivity products to rival Adobe and DocuSign, said it planned to create more than 100 jobs at its European, Middle East and Africa headquarters in Ireland, with the potential to expand that up to 150 positions.

The Australia-founded firm is currently hunting for its permanent base around Dublin’s silicon docks area. Chief of operations Gina O’Reilly said it was looking for a location that would allow it to expand to up to 150 people.

The firm already has offices in Melbourne, San Francisco and Slovakia.

Nitro has also appointed its vice-president for its EMEA operations, with former Salesforce. com executive John O’Keeffe taking up the role at the beginning of January.