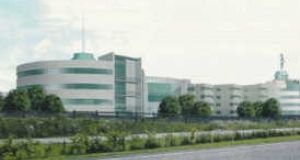 Galway Clinic: the judge’s order was made in ongoing injunction proceedings brought by three companies involved in a dispute over shares in the Galway private hospital.

A High Court judge has directed US-based businessman and medical doctor Joseph Sheehan Snr to provide a sworn statement setting out details of the purported sale of a company he allegedly controlled.

The order was made in ongoing injunction proceedings brought by three companies involved in a dispute over shares in the Galway Clinic private hospital. The companies previously secured a temporary High Court injunction freezing the assets of Blackrock Medical Partners Ltd (BMPL).

Marpole Ltd, BMD Investments Ltd and Parma Investments claims BMPL owes them more than €800,000 in legal fees after it was unsuccessful in a High Court action against them.

The three companies sought and obtained the orders last week over fears that funds which BMPL recently received from the sale of shares in the clinic may be dissipated.

When the case returned before Ms Justice Teresa Pilkington on Wednesday, Rossa Fanning SC, for the three companies, asked the court to continue the freezing orders and that Dr Sheehan swear an affidavit outlining BMPL’s assets.

Since obtaining the injunction, his clients’ solicitors had been informed in an email from Dr Sheehan in recent days that BMPL had been sold and he was no longer an officer or a director of the company.

Counsel said his clients are concerned by this development, as it has no details regarding the sale and does not know who bought the firm.

BMPL was not conducting any business and its only assets were several millions of Euro in cash it had received following the sale of shares it formerly held in the Galway clinic, counsel said.

The freezing order had been served on BMPL but lawyers that had represented that firm had been discharged and it was not represented in court on Wednesday, he noted.

The judge, who expressed concern about the contents of the email, agreed to continue the freezing orders, which prevent BMPL dissipating or moving its assets outside the jurisdiction.

The order also prevents BMPL from reducing its assets here, and in particular the proceeds of the sale of the Marpole shares, below €800,000.

Mr Sheehan, the judge noted, had said in his email he was no longer a director or officer of BMPL, but yet also purported to discharge solicitors who had previously represented the company.

The Companies Registration Office CRO did not show any change in BMPL’s directors, she remarked.

She directed Mr Sheehan must swear a statement outlining details of the sale of the BMPL and outline the company’s assets.

She also agreed to make an order compelling BMPL to pay some €800,000 on account, to be held until the amount of legal fees due has been finalised.

The legal fees arise from BMPL’s action against Marpole, the holding company of the Galway clinic; BMD, which was until 2016 a shareholder of the clinic and was ultimately owned by businessman Brian McDonald and his family; and Parma.

Parma is also a shareholder in the clinic and is owned by trusts for the family of businessman Larry Goodman.

In a judgment last year, Ms Justice Teresa Pilkington dismissed BMPL’s action aimed at preventing BMD transferring its shares in Marpole to Parma. The three firms were also awarded their legal costs of the action against BMPL.

It is claimed that BMPL came into funds of several million euro following a sale by a receiver of the shares it held in Marpole Ltd to Parma.The three companies fear BMPL may attempt to dissipate those funds beyond their reach.

Proceedings were brought after undertakings not to move or transfer the funds were sought by the three companies, but were not given by BMPL.

The application for freezing orders form part of a long history of litigation between BMPL and Joseph Sheehan against Parma and related companies in relation to the Galway Clinic and the Blackrock Clinic in Dublin.