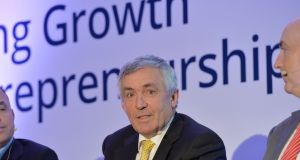 Three leading Irish property developers have withdrawn their appeal to an EU court relating to a complaint that Nama’s financing of its clients’ residential projects breached State-aid rules.

Lawyers representing Michael O’Flynn, Paddy McKillen and David Daly wrote to the European Commission on Thursday to inform it that they were withdrawing their appeal on the basis that the three substantive issues they had raised have been quietly dealt with by Nama.

Their initial complaint about Nama was lodged with the European Commission in December 2015, following a decision by the Government to extend Nama’s remit into residential property development as a means of tackling the housing crisis.

Initially, five developers objected to this move by the State on the ground that it would breach State aid rules, as Nama would be able to offer preferential interest rates to its clients.

The commission rejected the complaint in January 2018, with three of the developers appealing this decision to the General Court of the European Union.

They have now decided to withdraw the appeal on the basis that their main objections have been dealt with.

In terms of ensuring that Nama charged market rates of interest, the developers say this objective was achieved within four months of their complaint being lodged, with rates being “significantly increased”.

In relation to requiring Nama to act commercially in funding its developers and receivers, they say Nama’s chief executive Brendan McDonagh had “climbed down on its previously stated position” in May 2016.

The developers also objected to Nama’s mandate being changed to that of a property developer. “That objective has now been achieved and is confirmed in the Taoiseach’s [Leo Varadkar] January 2018 statement.”

The letter adds that “the complainants are in no doubt that the changes they sought which are now in place have come about because of the spotlight shone on Nama’s activities by this complaint”.

Mr O’Flynn told The Irish Times that the complaint was withdrawn as the “core objectives” of the appeal had been achieved. “We lost the initial battle but we won the war. There’s nothing to be gained from pursuing the appeal. The points have already been conceded and we are now going to get on with our busy commercial lives,” he added.

It is understood that the developers and the commission will bear their own legal costs from the case.

1 Aldi empire wracked by family feud
2 Ulster Bank CEO tells staff ‘all options’ on future on the table
3 NatWest considers closing Ulster Bank in the Republic
4 TikTok to be banned from US app stores from Sunday
5 Cliff Taylor: What permanently low interest rates mean for you as a saver or borrower
6 Volkswagen close to selling its Bugatti supercar brand
7 How Ireland managed to green the White House
8 Mark Paul: Government faces dilemma on which businesses to save
9 Dublin-based Fenergo considers $1.5bn listing
10 Irish food company Strong Roots secures listing with Walmart
Real news has value SUBSCRIBE