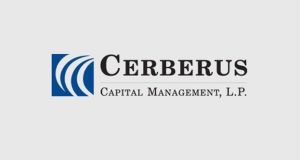 The 2014 purchase by Cerberus of the Project Eagle loans is at the centre of a row over claims Northern politicians were to receive £7 million in payments from the deal.

The US company that bought the controversial Project Eagle loans from State agency Nama for €1.6 billion paid just €10,000 in tax in the Republic over two years.

New York-based Cerberus Capital Management’s 2014 purchase of the Project Eagle loans is at the centre of a row over claims that Northern politicians were to receive £7 million in payments from the deal.

Cerberus, which manages some $25 billion (€22.3 billion) in assets, uses 11 companies established in the Republic to buy heavily discounted property loans from European banks.

These companies all use the “Promontoria” title and were registered between 2013 and this year. They have either Cerberus chief operating officer Mark Neporent or its head of distressed real estate, Lee Millstein, on their boards.

All are subsidiaries of Cerberus holding companies in Baarn in the Netherlands, which also use the Promontoria tag. These entities loan money to their Irish subsidiaries at high interest rates, so most of the cash that Cerberus generates here flows back to the Netherlands in repayments.

Many of the Irish companies have yet to publish accounts. Of those that have, the biggest, Promontoria Thames, paid €5,320 in corporation tax in 2013/2014. During those years, it turned over €122 million, all of it interest repayments on property loans bought from Lloyds TSB and Bank of Scotland in Britain in May 2013.

The figures show that over 2013 and 2014, Promontoria Thames repaid most of a £40.4 million (€54.7 million) loan from its Netherlands parent, Promontoria Holdings 60, on which interest was charged at 18 per cent.

It repaid £4 million on a second loan from the Dutch company for £36 million and on which £17.5 million is due in interest. It also cleared a £99 million advance from Nomura Bank, whose rate was tied to wholesale bank charges.

It paid a total of €2,500 to the exchequer for the two years, during which time it collected €96.5 million in repayments on loans against German and Scandinavian properties. Hampton 2 also paid just €2,500 to the State.

Promontoria Eagle, which bought Project Eagle, has yet to publish accounts. A Cerberus spokesman said the company is a responsible investor.