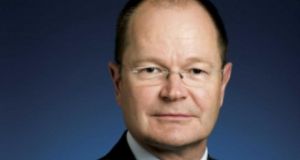 US equity group Carlyle and its Dublin-based partner Cardinal Capital are set to announce a number of high-profile investments in Ireland in coming months.

The groups have raised €292 million to invest in businesses here via their Carlyle Cardinal Ireland (CCI) fund.

The fund was launched a year ago with €125 million backing from the National Pension Reserve Fund (NPRF).

The aim is to invest in small and medium-sized businesses, possibly by providing equity to companies wishing to refinance their debts.

The fund, which closed last month just short of its €300 million target, is focusing on deals in the technology, media and telecommunications sector as well as healthcare, clean-tech and consumer brands. However, it may also look at more complex finance deals such as buying mortgage- backed securities or other distressed financial assets.

The fund made its first investment earlier this year, taking a majority stake in Kildare-based chocolate manufacturer Lily O’Brien’s in a deal said to be worth €15 million to the company. Several other investments are understood to be in the pipeline.

Cardinal Capital co-founder Nigel McDermott said: “We are pleased with the international fundraising process, which supports and endorses the investment strategy of our cornerstone investors, the NPRF and Enterprise Ireland. ”