Five things we wish we had known before starting up 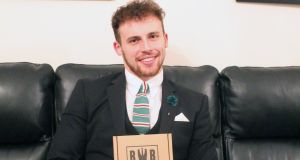 “Pop-ups for gaining email subscribers are so important but remember to offer an actual incentive, such as a competition, and don’t ask for much information,” says Seth Smith, founder of Bachelor’s Box

It is almost impossible to start a business without making a few mistakes along the way. Here are a few things entrepreneurs wish they had known before starting their companies. Take time to research Christine Meehan and her three siblings opened the Natural Health Store on Wexford’s Main Street in December 2013.

They had 20 years of industry experience and decided to set up their own shop after one sibling was made redundant and more redundancies loomed. It took them only three months to set up shop.

Meehan said “the business went well right from the start”, but they did have one hiccup along the way.

“I wish we would have known the top brands wouldn’t supply us because they already had a supplier in the town,” she said.

“It all happened so fast, we didn’t approach them and ask if they would supply us before we set up. Doing your research before you open is important.”

Her advice: do not be too shy to approach people and ask them for a coffee. More often than not, one meeting will lead to others.

“When people approach, they’re always really apologetic and they think you’re doing them an enormous favour. But that’s the culture in the industry.”

Tell everyone about your idea “People are often cagey about their ideas and are afraid people will steal them. But you have far more to gain by sharing than by keeping them to yourself,” Coakley says.

“Talk to people outside of your personal network. Remember that friends and family will always tell you you’re amazing.”

Branding is important Deirdre Collins, founder of Dee’s Wholefoods, wishes she had known how important packaging was to a food business when she started up several years ago.

Her original packaging designers did not work in the food industry and created colourful packaging not in line with her brand, a range of gluten-free and vegan sausages, burgers and vegetable pots.

“Our focus groups thought that meant there were additives in the food,” she says.

“Our packaging now shows it’s really healthy food with no additives. That message comes across just by looking at the packaging.”

Collins says the new packaging even improved the brand’s export potential. Her products are now stocked in supermarkets across Ireland, the UK, the United Arab Emirates and the Netherlands, and last year she won an award for the best vegan sausage in the UK, beating larger brands like Linda McCartney Foods.

Keep track of potential customers Seth Smith, founder of Bachelor’s Box, a men’s subscription box service for style and grooming products, says he wishes he had attempted to keep a point of contact with every visitor to the Bachelor’s Box website.

“Pop-ups for gaining email subscribers are so important but remember to offer an actual incentive, such as a competition, and don’t ask for much information.

There were times when we just had pop-ups for special deals, but it would have been more useful to have email addresses to send reminders,” he said.