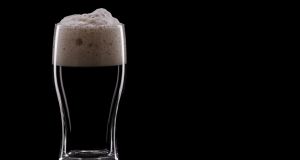 Guinness: Indonesia’s government clamped down on beer sales this year

Drinks giant Diageo has been forced to change tack in the world’s biggest Muslim-majority country with the introduction of alcohol-free Guinness after Indonesia’s government clamped down on beer sales this year.

The brewer is still selling its regular Guinness in large supermarkets and restaurants where sales have not been curbed, but it has invested about $1 million so far to launch Guinness Zero and is planning a facility to produce the drink locally.

“We already had plans to enter the zero-alcohol beer market,” said Graeme Harlow, managing director of Diageo. “After the ban came in, essentially it made it even more important.”

Diageo has about 15 per cent of the Indonesian beer market, which until last year was the world’s fifth-biggest market for Guinness with annual sales of about 400,000 hectolitres.

Since the ban, sales of Guinness and Diageo’s other alcoholic beverages have fallen 40 per cent year on year, as the number of outlets carrying the beer shrank from about 70,000 to just 40,000.