About 8,000 hectares of land will come under the Windblow Reconstitution Scheme 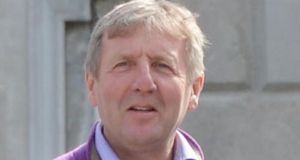 A scheme has been launched to provide financial aid to forest owners who suffered losses due to storms in 2013 and 2014.

On Monday Minister for Agriculture Michael Creed announced the opening of a “Windblow Reconstitution Scheme”. The scheme is designed to provide financial aid to forest owners affected by storms between December 5th, 2013 and February 12th, 2014.

There were 12 separate days of storm-force weather during the period. The most serious was storm Darwin on February 12th.

The frequency and ferocity of the storms, compounded by waterlogged soil, led to extensive damage on forest lands, affecting 8,000 hectares.

The department estimates that some 2 million cubic metres, equivalent to 65 per cent of roundwood produced in 2014, was affected by the storms. About 75 per cent of the damage occurred on Coillte Teoranta land.

According to the Minister, “many private forest owners suffered significant financial loss both in terms of the value of timber lost and the cost in re-establishing the sites affected”.

1 My aunt never told us that Gran passed away with no will
2 If it’s safe to do so, could this be the time to spend for Ireland?
3 Brussels plans attack on low-tax member states
4 Green Party TD queries ‘usefulness’ of another appeal in €13bn Apple tax case
5 Government to push through €2bn credit guarantee scheme next week
6 The $6bn judgment pitting Nigeria against Irish businessmen
7 Covid anxiety among domestic holidaymakers could sink this summer
8 Owners of Cork shopping centre sue for €30m after car causes fire
9 Will Revenue come calling with tax bill if inheritance tax threshold falls?
10 Dublin banker sells island off coast of west Cork for €5.5m
Real news has value SUBSCRIBE