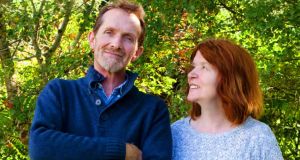 A Cork family jam making business is to double its workforce with a €2 million plant investment.

Folláin Traditional Irish Preserves is to open a new, energy efficient facility in Ballyvourney, west Cork. The expansion will allow the company to grow its capacity by 100 per cent, with plans for a specialised production line and the development of new products.

Staff levels are set to double over the next five years following the investment, the company announced Wednesday.

Founded in 1983 and run by Máirín and Peadar O’Lionaird , Folláin produces fruit marmalades, jams, relishes and chutneys with 100 per cent natural ingredients.

The company plans to use geothermal heat solutions and solar panels in its bid to cut energy costs. Oil will be replaced by gas for the generation of steam as a “cleaner, more eco friendly” option.

The 20 new jobs will comprise mainly food manufacturing positions and staff for Folláin’s new visitor centre and cafe due to open in the next six months.