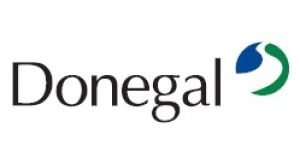 A long-running dispute over the price Donegal Investment Group was to receive after the sale of its 30 per cent stake in Monaghan Mushrooms has officially ended with the company’s acceptance of a payment of more than €45 million.

The group said it now intends to start a share buy-back worth between €45 million and €50 million. It is also considering the sale of Nomadic, its specialist dairy business, which markets yogurt drinks and breakfast snacks, following several unprompted bids. Donegal owns 80 per cent of the company.

The group, which was formerly known as Donegal Creameries, said it had formally settled its four-year legal dispute with Elst, the majority shareholder in Monaghan Mushrooms, after receiving an initial payment of €41 million, with two payments of €2 million to follow. The agreement is considerably higher than the €26 million valuation put on the company’s stake during a High Court action in 2016.

Separately, the group said it intends to buy back shares at a premium to the company’s expected half-year net asset value per share, which the board currently estimates will be about €8.30 per share.