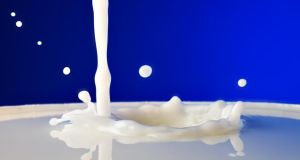 The Registrar of Companies has granted Donegal Creameries permission to change its name to Donegal Investment Group plc.

The decision follows the passing of a resolution relating to a name change proposed to shareholders at a company EGM last week.

The switch becomes effective for trading on the ESM of the Irish Stock Exchange from today, with Donegal saying its website and ISIN number would remain unchanged.

With operations in Ireland, the UK, Holland and Brazil, Donegal operates across agri-inputs, produce, property and other investments.