Aryzta lines up sale of La Rousse in Ireland 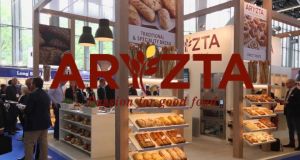 Aryzta is preparing to put its La Rousse Foods business in Dublin on the market as the embattled Swiss-Irish baked goods group seeks to make headway on a plan to raise cash and slash its €1.7 billion net debt, according to sources.

The group is understood to be close to signing up KPMG to manage the sale of La Rousse, which supplies fine foods to restaurants, hotels and catering firms. The business was only acquired by Aryzta in July 2015 at a reported price of between €20 million and €30 million. A spokesman for Aryzta declined to comment.

Sources said the business could achieve more than €30 million, with potential interested parties likely to include Pallas Foods, Ireland’s largest wholesale food suppliers, which itself was acquired by American food distribution giant Sysco in 2009, and investment firms such as MML Growth Capital Partners Ireland. The business may also attract wholesalers such as BWG and Musgrave, they said.

A financial bidder would most likely seek to line up with management. La Rousse’s long-standing managing director, Stuart Campbell, who remained with the business following the Aryzta deal, did not respond to an email and a phone call to his office by The Irish Times.

The aim is to refocus the food company and pay down debt – which had doubled in the space of four years – following a series of profit warnings and the departure in March of chief executive Owen Killian and two other top executives.

On Monday the company reported a worse-than-expected €906 million loss for the year through July as it took €860 million of impairment charges, mainly relating to the Cloverhill Bakery business it acquired in the US in 2014.

While Aryzta revealed in its earnings statement that it had secured financial flexibility by agreeing a €1.8 billion five-year refinancing deal with its banks and widening of its debt covenants, chairman Gary McGann indicated that the group had hit a stumbling block in relation to the planned sale of its 49 per cent stake in French frozen foods company Picard.

Mr McGann told analysts on a conference call that permission from Picard’s majority shareholder, UK private equity firm Lion Capital, for Aryzta to sell its stake “is not currently forthcoming”. He also added that Lion Capital was not interested in pursuing a more valuable proposition of both selling out of Picard at the same time.

Aryzta’s original deal to buy the minority stake in Picard in 2015 for €446.6 million was badly received by investors at the time. Analysts at Merrion Capital in Dublin estimate that the holding has a “fair value” of between €400 million and €450 million.

Mr McGann said on Monday that the group’s “focus now is to address the challenges and opportunities facing us, and deliver on our commitment to generate free cash flow of up to €1 billion over the next four years through a combination of cash from operations and disposals”.