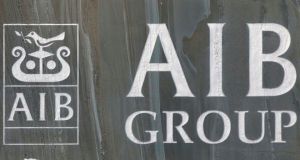 Northern Ireland’s First Trust is part of the AIB Group

First Trust Bank, which is part of the AIB group, has been heavily criticised for telling small business owners in the UK they must open an account with them in order to obtain a business loan.

The authority, which replaced the Office of Fair Trading (OFT) earlier this year, said the two banks had indicated to some SMEs that opening an account with them was a condition for obtaining a business loan. This process, which is known as ‘bundling,’ is prohibited under legally-binding undertakings introduced in 2002.

The CMA said it has issued detailed directions to First Trust and HSBC to ensure that their staff comply with the legislation.

“Breach of these undertakings is a serious matter and we have directed First Trust Bank and HSBC on the actions they must take to immediately correct the situation - so that it is clear to both their staff and their SME customers that obtaining a business loan is not dependent upon opening an account,” said the authority’s chairman Alex Chisholm.

The authority’s recent investigation also revealed that there was relatively low awareness among staff of the legally-binding undertakings in at least two additional banks it investigated.

All the major UK banks, which include AIB Group (UK); Bank of Ireland; Barclays Bank; Clydesdale Bank; HBOS; HSBC Bank; Lloyds TSB Bank and The Royal Bank of Scotland Group, will be required to carry out another audit and report to the CMA by July 2015.

“Although all eight banks have recognised the importance of complying with the undertakings and are taking steps to address this, when breaches occur we need to ensure that there will be full compliance. In addition, all eight banks will need to show that they have the correct systems in place to ensure that ‘bundling’ will not occur in the future, and we are requiring a further audit next year to confirm this,” said Mr Chisholm

“In the meantime, we would encourage SME customers to get in touch with us with any concerns they may have about the compliance of any of the 8 banks with these obligations,” he added.

A recent investigation undertaken by the OFT and completed by the Competition and Markets Authority, found that a number of banks, including AIB (as First Trust) and Bank of Ireland, could be making it difficult for small companies in the UK to access finance.

The authority said its analysis had found possible competition concerns in SME banking in the UK. These included barriers to entry and expansion that had made it difficult for smaller providers to enter and expand their business across core banking products.

The authority voiced concern that the provision of business current accounts and loans was concentrated among a small number of major banks. In addition, it said SMEs often found it hard to differentiate between providers, leading to low levels of shopping around and switching, and low awareness of alternative sources of finance.

According to the CMA, the four largest providers of services to small firms account for over 80 per cent of SME’s main banking relationships in Britain and about 90 per cent in Northern Ireland.