Business in the Community Ireland research shows that including indirect, or Scope 3, value chain emissions is proving a difficult task 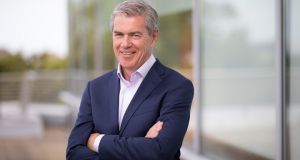 The findings are revealed by Business in the Community Ireland (BITCI), the country’s leading advisors on sustainability, in a new report “Progressing towards science-based targets”.

BITCI commissioned Quantis, a specialist on climate change, to conduct the research.

Quantis examined how ready the signatories to BITCI’s Low Carbon pledge were to commit to “science-based” targets; which include reducing Scope 3 value chain emissions.

A total of 58 companies have signed BITCI’s pledge, of which 42 participated in the research.

The research shows 71 per cent of the companies surveyed are already reporting and assessing all or parts of their value chain emissions, but are finding it difficult due to complex value chains and supply networks.

Minister for Climate Action, Communication Networks and Transport, Eamon Ryan TD has welcomed the research. He described it as a “roadmap to absolute emission reduction in various sectors of our economy and provides guidance for companies to engage in science-based target setting. This is a much-needed resource for the business community in its journey to net-zero emissions.”

Many of the companies surveyed acknowledged there is a lack of guidance when starting to include Scope 3 emissions. “Not knowing where to start, who to engage or how to measure specific emissions have all been highlighted as limiting factors,” said Tomas Sercovich, CEO Business in the Community Ireland.

He added: “Our Low Carbon Pledge has greatly helped put companies on the right path, but the level of ambition must be increased during the recession. To ensure Ireland’s climate transition, there must be an increase in the rate of adoption of science-based targets by business. Leadership and a strategic understanding of this issue are urgently needed as corporate Ireland must make this investment over the coming two to three years to be fit for purpose in a low carbon economy”.

For most of the respondents, the complexity of their value chain is a key barrier. There are difficulties obtaining the timely and quality data necessary to perform robust indirect emissions measurements from suppliers.

The data collection process for corporate footprints also requires time and resources that are not always at the disposal of the reporting team. This highlights the importance of internal engagement and leadership buy-in to implement an effective climate strategy and emissions assessment.

The overwhelming majority of companies declared a sense of corporate responsibility as the primary driver to assess Scope 3 emissions, with 75 per cent citing reputational risks over operational efficiency, 54 per cent. Only a third of respondents cited regulatory change as a driver

Customer relationships, reputation, and engagement with stakeholders were identified as the primary benefits, with an emphasis on engaging and communicating progress to clients and stakeholders.

Almost two thirds of companies assessing their Scope 3 emissions are communicating actively with internal and external stakeholders on this topic. The most developed means of communications are CDP (Carbon Disclosure Project) reporting and the use of internal/external sustainability reports.

EirGrid chief executive and BITCI board member Mark Foley said there is a lot more work to do. “According to the Environmental Protection Agency, greenhouse gas emissions reduction will fall short of the 2020 target. While the energy sector has shown encouraging reductions due to the development of new renewable energy capacity and a reduction in fossil fuels, emissions related to transport, households and agriculture have all shown an increase. Ireland is still behind its national and international commitments,” he added.

Out of the 58 pledge signatories, 42 companies participated in the study, which also included 10 in-depth interviews.

The full report is available on www.bitc.ie