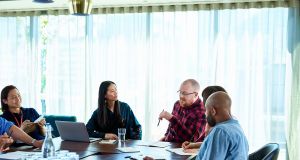 This week on Inside Marketing I caught up with Julian Cole, strategy consultant and founder of the Planning Dirty Academy. Strategy is one of those abstract roles that often leads to what is best described as infectious confusion. When posed with a seemingly benign question, ”What do you do all day?” the strategist is often found floundering, verbally incapacitated and struggling to respond succinctly.

This inability to articulate is partly because strategy people tend to be a bit odd. Their brains work in a lightly different, often unstructured, way. A good strategic mind can moonlight between accepted wisdom and logic while challenging existing norms through creative thought. This ability to flip between left and right-side thinking helps to partially explain some of their behavioural quirks but that’s only a partial explanation for why the question is difficult.

The simpler explanation is that strategy means different things to different people. Strategy isn’t a dark and mysterious art, and it has many different guises. There is business strategy, marketing strategy, creative strategy, digital strategy, brand strategy, media strategy and social strategy, to name but a few.

Julian Cole defines strategy as “a coherent plan on how to overcome an obstacle with the limited resources that you have at hand”. It’s important to understand that resources are limited because “it’s wasteful to deploy blue sky thinking without being tethered to the business realities of available time and budget”.

The strategic process is one of reduction

The output of strategy direction for growth, but the process of strategy is one of reduction. In the words of Steve Jobs, “strategy is figuring out what not to do”. One of the mistakes often made in marketing is we like to think the world is binary. We search for the “right” strategy and we can become so wedded to our strategy we think a different approach is wrong.

But strategy isn’t binary, the opposite of a good strategy can often be another good, but completely different strategy. There are some helpful frameworks you can use when developing strategy – every company has its own version. One that Cole particularly likes is the “Get, Who, To, By” model (examples can be found on planningdirty.com) but he highlights the importance of not being limited to one approach.

"Strategy is so subjective, there are many frameworks and planning models but there’s no right one. You must flex between different ones, you need to understand the strengths and weaknesses of each and use the most appropriate one for the task at hand,” he says.

Strategy is about simplification. Clients want agencies to simplify the complex, however multiple agency partners often leads to increased confusion. Cole believes that one reason agencies struggle to work more collaboratively is because “there’s often confusion between roles due to titles”.

Cole says he often found himself changing his title in multi-agency teams. “I saw myself as a representative of the media agency in a creative agency, but titles can often trip people up,” he says.

Clients want all agency partners to work as a single team, but as Cole says, “sidewards diplomacy is one of the hardest things, the model where there’s no leader, where agencies are expected to work between themselves with no appointed lead just doesn’t work. A lot of the best briefs we’ve got as a creative agency came from the media agency. Even at BBH where we had a creative agency and a media agency from the same group there were tensions”.

Media planning has evolved into something more complex

He adds, “The way we resolved this was for the account planner from the creative team to spend one day a week sitting and working from the media agency, imbedding himself with the team and forming a truly collaborative relationship.”

The agency structure has changed over the last 20 years as we’ve moved from a generalist to specialist model. Strategy departments are relatively new in media agencies and required skillsets have changed. 20 years ago, the primary role of a media planner was to deploy the creative assets in the most efficient way to effectively optimise reach of your target audience. But media planning has evolved into something more complex.

Cole says, “As the landscape became more complicated, the idea of communications planning was born”, adding the role of communications planning is “integrating everything and being that connective tissue”. Today the media agency’s role is not only to understand the channels but the nuance of messaging and creative formats required to maximise engagement within channels.

One of the areas I was most interested in, and one Cole talks about quite a lot, is how to encouragestrategic thinking and help young talent to develop and succeed in agency leadership positions. “I love to hire people from account management as they have that end-to-end understanding and they really understand the part about limited resources and finite budget. If you don’t have that you’re at such a disadvantage and end up wasting lots of time. They’re also naturally attuned to diplomacy skills and understand politics.”

In Cole’s words, The Planning Dirty Academy is “a formal training in strategy, giving you the skills to become a leader”. Cole was classically trained in strategy at two of the most awarded creative agencies in the world, BBDO and BBH New York, where he was the head of comms planning. “I was fortunate enough to see the difference it makes when you have a clear roadmap for what is left for you to learn. That is why I created the Planning Dirty Academy,” he says. The course is built around a principle called the “Big-T Strategist Model” which according to Cole “gives you a strong foundation in the strategy craft while modules in diplomacy, management and selling strategy elevate you to leadership”.

Strategy should never be an island unto itself, it functions best when fully integrated

Before chatting with Cole, I used to believe that strategy wasn’t something you could teach, that there are some people who have an innate, natural ability or aptitude for strategy. Julian’s Planning Dirty Academy is a brilliant resource for any aspiring strategist, and we’ve never had greater access to elearning than today.

While it’s true that some people are more suited to strategy, I think limiting strategic thinking to a certain type of person, or a specific role in a company, fails to understand the true value of strategy.Strategic thinking at its very core is about lifting your head up from the day to day and seeing the bigger picture and this is something that everyone in every organisation should practice.

Strategy should never be an island unto itself, it functions best when fully integrated with client teams. The role of a strategist isn’t to go away and “do the strategy”, it’s to work with the broader team to find the best solution given the resources available. The strategy function should help promote the value of strategic thinking and raise the collective capabilities of the company.

Julian Cole runs the Planning Dirty academy and works as a strategy consultant. You can find more information at planningdirty.com.