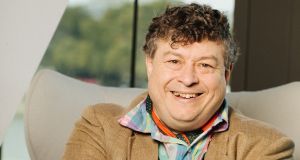 Every now and then on our podcast we stray from topic specificity and catch up with some of the industry’s most influential people. I can safely say that this week’s guest, Rory Sutherland, is best described as a modern-day advertising legend. I appreciate this is a marketing column in a national newspaper so most people’s reaction on reading this, certainly in print may be, Rory who?
The marketing industry is at times, like most industries, obsessively focussed on things that don’t matter much to anyone outside the tent. Many of today’s contributors have built careers pushing a digital agenda and we’re quickly becoming an industry of narrow lensed pseudo-experts masquerading as neo-marketing evangelists.
This incessant inward gaze and acute digital focus often results in an echo-chamber of contributor comment that rarely ripples outside trade press. But advertising wasn’t always this way; advertising was a craft; advertising influenced culture; agency figureheads transcended their industry and sat comfortably at the top tables. Having seen Rory Sutherland at events I can’t help but feel he’s cut from that same rare cloth as his predecessors. He realises advertising is not about channels or efficiency but fundamentally about human behaviour.

In a very special Inside Marketing episode, vice chairman of Ogilvy UK, and all round marketing legend Rory Sutherland, joins us for a chat on everything from what now for the office to where brand Ireland should look to next. Listen now:

Even if you don’t work in advertising, his book ‘Alchemy: The Surprising Power of Ideas That Don’t Make Sense’, is a fascinating read because it’s not really about advertising or marketing, it’s about people. It’s about the human paradox, the power of illogical ideas and unconventional thinking.
Sutherland has the rare ability to simplify the complex, writing about behavioural economics in an accessible way. It’s wonderfully written and surprisingly funny. And that’s his skill as an author, his ability to be comfortable yet compelling with complicated subjects using brilliant examples, and all without having to try and impress you with unnecessary jargon.
We began by talking about how Covid-19 has finally broken the antiquated employer/employee value exchange. Sutherland feels this new dawn was long overdue, “if you’re free to work in a place that suits your particular temperament, you’re going to do better work.” He believes white collar work is particularly unsympathetic. “We’re still fixated on the Victorian idea that not only does your employer buy your time, but they stipulate the where and the when too,” adding, “it’s completely outdated because people actually value autonomy as much as they value leisure, or even pay rises in many instances.”

Fame is a general lubricant for luck, if you’re a famous company people come to you with ideas

He believes this model of buying people’s time may also go some way to explaining one of the other points that arose in our discussion; the fact that ad land is no country for old men. Sutherland says, “if you have a 50-plus copywriter, one day in every five he may create incredible work that nobody else could deliver, if you value this employee by the hour they seem expensive, if you value them on a project basis they look incredibly valuable.”
He believes remote working will enhance creativity. “The half-day or full-day brainstorm sessions would be far more beneficial if split into three separate one-hour sessions of immersion, fermentation and ideation,” pointing out that, “we only do them in large chunks due to the coordination costs involved, but Covid changed that.”

‘Open plan office is a failure’

The pandemic has changed the way we work forever, and Sutherland is very happy about it. “The open plan office is a failure because it’s an attempt to solve for average which actually solves for nothing,” he says.
He believes we need seclusion at times and collaboration at other times, but open plan works for neither, because it looks for the solution in the average and, “all that happens is the volume of conversation goes down and the volume of email goes up.” Sutherland says that there is no evidence to suggest it’s a more productive environment adding, “it has been completely post-rationalised by employers, in reality it’s nothing more than a cheap way to cram lots of people into expensive real estate.”

The fallacy of solving for average

The fallacy of solving for the average is a brilliantly simple thought that came up again when we talked about machine learning. Sutherland believes, “we’re looking in the wrong places, we’re looking towards the average as opposed to the interesting things that happen in outlying areas.”
He believes “it’s the anomalies that are really telling”. He thinks AI can be creative if it points out unusual things that allow us to search for explanations, “if we can refine our beliefs for where normality doesn’t hold that’s potentially exciting.” The idea of looking to outliers is a key theme in his book, some great ideas simply don’t make sense and are completely illogical.
Sutherland points out that, “because the science of generalisable assumptions are shared by everybody they don’t give a new competitive space, whereas a complete anomaly like Red Bull (which tasted awful and came in a small can) provides a distinction that doesn’t come from looking in the middle.” He says that large organisations “would have smothered the likes of Dyson, Starbucks or Red Bull in logic and killed them before they started.”
I asked whether he thought advertising was losing its sense of self, whether it has the same impact on business and culture as it had in its heyday. “Marketing is a probabilistic business that has to exist within a deterministic business culture,” he says, adding that the abundance of data may not be a good thing.
“Availability of so much data encourages the wrong kind of mindset, shoehorning marketing into the same deterministic mental maps that occupy finance or logistics.”
He elaborated by saying, “years ago there was a limit to how much data you could accrue and limits to the purity of your measurement, you had to accept to some degree you were taking a punt.” His point is that a significant proportion of marketing is probabilistic, meaning you do it to get lucky, “you can’t be sure precisely how it will work in advance and you can’t fully attribute success in retrospect”.
He cited an illustrative example about companies who invest in excess share of voice (ESOV); “ESOV, the extent to which share of voice exceeds market share, tends to create growth so that your share of market tends to grow until it reaches your share of voice. You simply know through generalisable data that companies who invest in ESOV tend to grow and those who invest behind their share of market tend to shrink. You can’t be absolutely sure how it works in much the same way for 30 years nobody knew at a molecular level how aspirin worked, you just knew at a generalisable level that it did.”
Marketing works probabilistically, “because it increases fame which increases your surface exposure to positive upside and good fortune, in ways that you can’t predict in advance and you can’t explain in retrospect. Fame is a general lubricant for luck, if you’re a famous company people come to you with ideas, people want to work for you, people want to partner with you and everyone returns your phone calls.” It’s this point about business culture trying to fit marketing into a fully deterministic world that creates tension.

He believes that marketing losing its seat at the top table and not being able to go toe to toe with CFOs is partially explained by this tension and the changing dynamic of corporate leadership. “In the early 1990s 75 per cent of ad spend was from packaged, luxury goods or brewers, there’s a good chance that the CEO in these companies had previously spent time in the marketing department. Today packaged and discretionary goods account for roughly 25 per cent of ad-spend with the slack being taken up by financial services and communications businesses; these cultures tend to be more left brain and approach the world with an efficiency model.”
The tension is created because, “these companies see advertising as a cost because they didn’t realise that value is created in the human head, as opposed to the factory.” He adds that, “once you adopt that model, which is all about supply, you fail to understand that you can change demand and because advertising falls outside the model it’s seen as, at best, a necessary evil.”

Our hour-long chat flew by. Although he’s a fantastic writer, the thing that impressed me most was his ability to talk unscripted, on his feet, with a beautifully simple razor-sharp intuition.

His book is a fantastic read - but the audiobook is even better. Narrated by Rory himself, he meanders through different ideas, thoughts and illustrations, guiding his reader into a world of alchemy, where the best ideas are sometimes the worst, and magic wins over logic every time.