A hot tip to top up your retirement pension

Additional voluntary contributions can be like rocket fuel for a pension, yet few people are taking up the option 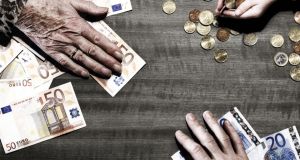 Last week, we asked Twitter users what an Additional Voluntary Contribution (AVC) was and if anyone had one; within 10 minutes we had more than 100 answers. The results of our straw poll will not make for happy reading for the nation’s pension-fund managers. Nearly a third of people who responded admitted that, like the man on the bus who didn’t know what a tracker was (bet he does now), they were clueless.

With hundreds of thousands of people struggling to make their wages last until the end of the month, it is little wonder that long-term savings have taken a back seat for most of us since this grim recession began. Our hard times are not the only reason pensions have been put on the back-burner by most people – these funds have not done us proud in recent years.

Back in 2008, most pension funds here were disproportionately weighted towards Irish equities, with bank shares (remember them?) in particular attracting most canny investors. These portfolios lost about 40 per cent of their value as bank stocks collapsed, which left many convinced that pensions were a mug’s game.

There have also been dire headlines about defined-benefits schemes threatening to wind up or pay significantly reduced expected incomes to its members in retirement. So many people have been left wondering what happens if the retirement income they have counted on doesn’t come through? Or what if just a small portion of it does, when the time comes for pension-holders to walk away from work with the gilt-edged carriage clock?

Fears surrounding defined-benefit schemes are legitimate when you consider that four out of five final salary schemes are running a deficit.

So what to do? Well, first you need to work out how much you will want for your retirement. Pension experts typically advise you to aim for 50 per cent of your salary. That can be hard. Let’s say you are 40 years old and are putting €400 a month towards your pension through a combination of your own contributions and your employer’s. You will be saving €5,000 a year, which sounds like a lot – but it is not.

Even when a State pension of €11,976 is factored in, you will still face a shortfall of more than €3,000 a year when the time comes to hang up your four-dimensional tablet or whatever high-end work tools we will have in 30 years.

A comfortable option
This is where AVCs come in. Put simply, they are a type of defined-contribution scheme where your eventual pension pot is determined by the investment performance of the money you invest. If you want to have a retirement that is comfortable, you need to start putting money aside now – and it doesn’t matter what age you are.

If you want a €350,000 nest egg for your retirement, you will need to save more than €230 a month from the age of 25. If you have passed that milestone and have now hit 35, you will need to put aside almost twice that amount and twice again if you are 45.

We know that there are few people who can put sums like that aside but even if you can’t, it is worth saving something – which is where AVCs come it.

“They are a top tip for those who want to fund their tax-free cash in full, or just want to ensure they save as much tax efficiently into their pension as possible,” says Jim Connolly, head of pensions at Standard Life. “Ninety five per cent of people do not avail of what is an excellent benefit for pension-savers.”

AVCs are most useful for people who are behind in their retirement saving, uncertain about the future value of their final salary pension scheme, or who wish to fund their tax-free cash (up to 1.5 times a final salary in a defined-benefit scheme) or 25 per cent of their fund’s final value in a defined-contribution scheme

Research published by Standard Life earlier this year (and admittedly less thorough research by Pricewatch last week) shows that just 5 per cent of people are making AVCs despite the fact that it allows people to save up to 40 per cent of your salary tax efficiently each year.

The people in the Revenue Commissioners know how hard it is for the private sector to save for pensions comparable to the public sector – so there are generous annual pension-saving limits that workers can avail of.

Most people will not be able to afford to save the full allowance but it might be prudent to consider saving some money on top of their company’s contribution to the pension via additional voluntary contributions.

AVCs can be like rocket fuel for your pension savings, if you save enough into them over time, and with good market returns. If you had saved €500 a month into AVCs, it equates to savings of €38,000 after six years and four months. With some stock and bond market funds up more than 30 per cent in that time, that would have become €50,000 today.

Accessible products
Quality pension products offering a wide range of investment choices are now very accessible, from as little as €25 a month. Not everyone, though, is comfortable or able to choose a risk-appropriate investment for themselves. They would like to know their money is being “actively” managed and in risk-appropriate assets that allow them to sleep at night.

You can also hire someone to do the legwork in actively tweaking your portfolio. One such example is Standard Life’s Myfolio, which allows ordinary investors access to actively managed funds (traditionally the preserve of high-net-worth individuals) from €25 a month.

This pension is described by some as anxiety-adjusted pensions – in other words, the fund manager aims to actively maximise your returns while allowing you to sleep peacefully at night.