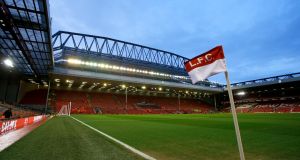 Liverpool have finished inside of the top four only once since the FSG takeover. Photograph: Peter Byrne/PA

The former general counsel for Liverpool owners Fenway Sports Group (FSG), Edward Weiss, revealed they had ‘underestimated’ how poor the squad actually was and were ‘overconfident’ about rebuilding the club they purchased in 2010.

The admissions came during a Supreme Court hearing in New York this week relating to a long-running legal dispute with Mill Financial, an American company, suing the club’s former co-owner George Gillett Jr and the Royal Bank of Scotland.

“We were overconfident in assuming that many of the things that we had done in Boston at Fenway (with the baseball franchise Boston Red Sox) would translate naturally to the Premier League, and they just didn’t all translate.”

At the time of the take over, the Liverpool squad included club icons Steven Gerrard and Jamie Carragher but Weiss suggested they inherited a team with a few players past the peak of their careers.

“What we came to know was that the playing squad was poor. While we had a few top players like Steven Gerrard, other players like Fernando Torres and Pepe Reina were probably beyond their prime,” Weiss said.

Since FSG took over the club, Liverpool won the League Cup in 2012 but only finished in the top four of the Premier League once, when they came second in 2014.