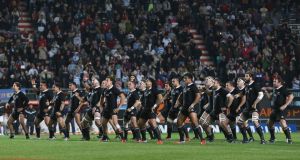 There are very few stadiums around the world where the All Blacks fear to tread, but New Zealand hooker Keven Mealamu admits there are few quite as intimidating as Ellis Park in Johannesburg.

The venue will host the Rugby Championship decider between South Africa and New Zealand on Saturday and is statistically the All Blacks’ worst venue anywhere in the world where they have played seven tests or more.

Mealamu says the intimidation starts even before the team reaches the venue.

“One of the experiences you get as an All Black when you are coming down to the game, not just at Ellis Park but all the parks you play at here (South Africa), is that you drive through the supporters and you are left outside (the bus) to walk through the supporters,” the hooker said today.

“It will be a pretty amazing moment for the boys who are selected to play. We will prepare well so that the boys understand what they are walking into.

“I’ve had a few choice words said [by Springbok supporters), they are very passionate about their team, but once the game has finished, they are very hospitable people.”

Of the 13 previous occasions they have met the Springboks at the ground, New Zealand have lost eight, including the 1995 World Cup final when a Joel Stransky drop-goal in extra-time lifted South Africa to an historic win.

South Africa need to beat the All Blacks on Saturday by more than seven points and score four tries in the process to win the Rugby Championship.

It will be the first Ellis Park test between the two sides in nine years, the marquee annual home New Zealand fixture is the biggest on the South African rugby calendar and has been shared around the grounds over the last decade.

The Springboks did score five tries in the last match between the two at Ellis Park, centre Marius Joubert bagging a hat-trick as the home side ran out 40-26 winners.

But records and statistics do not win matches and although history would suggest the Boks have an edge, Mealamu says the All Blacks will treat this game as any other clash between the two nations.

“There is a lot of excitement in the camp, we are excited to come here in these circumstances for another Springbok-All Black test which is always tough and physical. We are guessing this one will be the same.”

1 Sideline Cut: Vignette shows why Bird is the true shark in The Last Dance
2 O’Leary says himself and Kingdom star Galvin were the best of enemies
3 Seán Óg Ó hAilpín regrets ‘callous’ aftermath of Cork strikes
4 How 1995 remains a key part of the Springbok spirit
5 Rory McIlroy now realising the power his words carry as world’s number one
Real news has value SUBSCRIBE