Sean O’Brien’s season is over after undergoing surgery 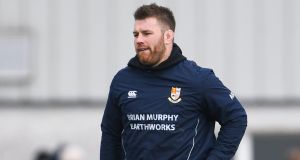 Seán O’Brien underwent shoulder surgery on Friday and will miss the reminder of the season. It is the third injury O’Brien has suffered since returning (injured) from the Lions tour of New Zealand last summer.

The other notable absentees from the Leinster line-up to face Scarlets in the Champions Cup semi-final at the Aviva stadium are Luke McGrath (ankle), and by knock on effect, James Lowe.

This forces Leo Cullen’s hand with Jamison Gibson-Park starting at scrumhalf although the Leinster coach avoided making a decision at wing where Fergus McFadden and Isa Nacewa are named as Robbie Henshaw returns at centre.

“Isa was sick at the start of the week,” said Cullen, explaining the decision to make Johnny Sexton captain. “We’ve had nine captains across all the games this season and Johnny and Isa are the two main leaders.”

Sexton re-enforced the logic: “Obviously Isa is still the club captain. We talk all the time on the pitch. I’m just closer to (referee Romain) Poite and it’s easier to find out some of the decisions as opposed to Isa having to run in all the time and have to explain them on the way back to his wing.”

The inability to select McGrath and Lowe, as only two non-EU qualified players can feature, had been known all week.

“It became apparent at the start of the week and we could give clarity to Jamison,” added Cullen, “and everyone else it the group as there is a bit of complication with that as it’s been well documented.

“This is Jamison’s window to play and shine. He started the round six game away against Montpellier. He’s been a great addition to the group and he’s had experience of playing in these games before - a Super Rugby final with the Hurricanes [OFF THE BENCH].”