Late penalty proves the difference for Nigel Carolan’s side 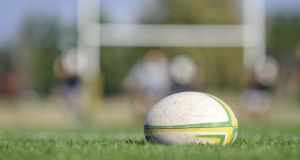 Connacht, hammered 76-14 in Llanelli the previous week, trailed 12-3 at half-time as the away side grabbed two tries through flanker Jack Preece and scrumhalf Charlie Mulchrone.

Connacht, who had Fionn Carr binned, got their only score of the first-half with a penalty from captain Jack Carty.

Connacht made the perfect start to the second half as centre Rory Parata crossed for a well-worked try. Carty converted from the touchline to make it 12-10.

But Rotherham grabbed their third try as hooker Tom Cruse touched down after 50 minutes. Replacement Llloyd Hayes converted to extend the away side’s advantage.

Leader touched down in the corner after some good build-up play by Connacht with Carty again converting before replacement Eoghan Masterson scored the home side’s third try off the back of a scrum.

Carty converted to put Connacht Eagles 24-22 up with seven minutes to go. Rotherham thought they had won it as Hayes scored a 77th minute penalty but Leader had the last say as his massive penalty split the posts.

Connacht Eagles coach Nigel Carolan said it was the perfect way to respond to the big loss in Llanelli.

“We have areas we can improve on but I felt the effort produced deserved to secure the win,” he said.

Liverpool eyeing another comeback; Outline plan for return of club rugby 07:35
Seán Moran: DRA saving the GAA a lot of money for 16 years 06:00
Sarah Lavin bidding to clear last hurdle on the way to her Olympic dream 06:00
Basketball’s loss is rugby’s gain as Lauren Delany makes up for lost time 06:00
Gordon D’Arcy: Béibhinn Parsons is the gift, IRFU must now do the giving 06:00
Crossword Get access to over 6,000 interactive crosswords