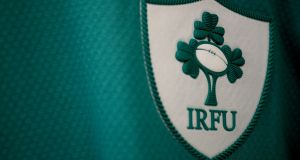 The IRFU are looking for a 20 per cent cut to salaries after non-playing staff agreed to move to a four-day week. Photograph: Dan Sheridan/Inpho

The IRFU are moving to a four-day week and a corresponding reduction in pay of 20 per cent. The Irish Times has learned that staff across all four provinces were briefed of the new measures on Friday morning and the Union are in negotiations with Rugby Players Ireland to achieve the same 20 per cent savings in player salaries as well.

The existing pay deferral scheme, which has helped to ease the financial pressures on the Union since the game went into lockdown on March 13th, will cease on June 30th and is not deemed sustainable beyond that point.

Instead, the intention is to replace it with a four-day working week for all employees who are not on the Temporary Wage Subsidy Scheme (TWSS) and furlough scheme. To that end, it is intended that when the Union’s head offices and four provincial offices do reopen for business, they will close on Wednesdays.

The deferral scheme has also applied to the players and will cease on June 30th, at which point the Union are looking to reduce their salaries to 80 per cent of their current levels of pay. However, their deferred pay will be repaid between July and October of this year.

An IRFU spokesperson, when contacted by The Irish Times, confirmed that Philip Browne and the chief executives of the four provinces have advised non-playing staff of the need to reduce the monthly payroll from July 1st.

“This will be achieved in the main by the staff moving to a reduced working week. The salary deferral scheme, which has been in operation since April, will cease at the end of June,” said the IRFU’s director of communications, Stephen McNamara.

“The IRFU is in discussion with Rugby Players Ireland in relation to savings in the professional game. These arrangements will remain under constant review.”

Achieving a 20 per cent pay cut with the players, while not reducing their workload, would be a significant chunk of the estimated €13 million saving for the Union but could also be trickier to achieve allowing for their strong relationship with the RPI (witness the successful negotiations for the pay deferral scheme).

Whereas New Zealand’s professional players agreed to a 50 per cent wage cut during the pandemic, in England the Rugby Players Association are threatening strike action after the Premiership clubs imposed temporary 25 per cent pay cuts with the certainty of more to come after club owners this week voted to reduce the salary cap by £1.4 million (€1.56 million) from the 2021-22 season onwards.

Unlike football’s financial model, rugby’s income is much more dependent upon paying spectators. Hence, it is expected that the Union and the four provinces will continue to experience severe cash problems in the continuing absence of crowds, at least not to the level of recent years.

The Union employ in the region of 480 people, which is comprised of about 210 full-time and part-time players, with the remainder staff. The four-day working week for staff and 20 per cent salary cut across the board is seen as a means of avoiding lay-offs.

The Union’s other primary objective is to emerge from the Covid 19 pandemic in a position to be competitive at international, provincial and women’s levels, while sustaining the domestic game.

In the absence of a regular working week for the Union and provincial office staff, all coaches and other technical staff have been asked to manage their hours accordingly.

Both governments on either side of the border have issued roadmaps for the return of sport to this island and the Union still expect that the 2019-20 Guinness Pro14 season will resume on August 22nd behind closed doors at the Aviva Stadium.

Uncertainty remains about the prospects for international rugby returning in October/November, although plans to do so are continuing apace. In any event, the presumption is that spectators will remain absent or at least curtailed, albeit this is an evolving situation which will be determined by the degree to which Covid-19 is under control and the advice of Government and NPHET (National Public Health Emergency Team).