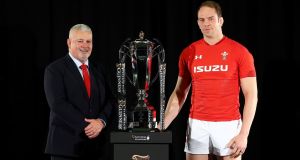 As with Ireland, Wales are approaching the end of an era. It’s 12 long and fruitful years since Warren Gatland took charge of Wales and this is set to be his final Six Nations campaign, with Scarlets boss Wayne Pivac replacing his fellow Kiwi after the World Cup. Wales have won three championships under Gatland - with their last title coming in 2013 - and will be desperate to add to that tally in his final tournament. As ever, Welsh ambitions will be hampered by injuries. Taulupe Faletau is set to miss the whole competition with a broken arm, while Leigh Halfpenny hasn’t played since last November due to concussion issues. Aaron Shingler is out for the duration, while Ellis Jenkins’ absence is particularly galling. The flanker shone during a breakthrough 2018. Despite the casualties, Wales now have the strength-in-depth to cope. They flew under the radar during a fine campaign last year and look to be peaking in time for Japan. If they can negotiate a curtain-raising trip to the Stade de France, Wales will fancy a shot at the championship, especially with England and Ireland travelling to Cardiff.

After 12 years in charge, during which time he also led two successful Lions tours, Warren Gatland has become a part of the furniture in Wales. After winning the Grand Slam in 2008 and another in 2012, it could be argued that this is potentially Gatland’s third great Wales side. The past couple of years have seen Wales shift away from the ‘Warrenball’ philosophy towards a more expansive, free-flowing game. Gatland has also blooded a number of young players across the pitch, giving Wales a strength-in-depth they had previously been lacking. Victories over Australia and South Africa last November have also lifted a significant monkey off Welsh backs - Gatland looks to be leaving Wales in rude health.

An ever-present throughout the Gatland era, this year should see Alun-Wyn Jones overtake Gethin Jenkins as the most-capped player in Welsh history. Sam Warbuton’s cruel early retirement was always going to be a huge blow for Wales, but it has been offset somewhat by the brilliance of the veteran 33-year-old lock.

A shrewd lineout operator, tireless tackler and an inspirational presence, Jones remains one of the world’s best secondrows. He was a standout performer for the Lions during the drawn series in New Zealand in 2017, and will carry Welsh hopes in the Six Nations and World Cup this year.

While Gatland has often preferred to select him on the wing, Leigh Halfpenny’s absence means Liam Williams is likely to start at fullback. Williams picked up his 50th Wales cap during last November’s win over Tonga, and could form part of a fearsome back three alongside George North and Josh Adams - fitness allowing. The Saracens back is supreme in the air while his running ability - particularly from broken-field play - is electric. At 27 Williams is now in his pomp - expect him to dazzle in the Six Nations and beyond.

Wales have won nine Tests on the bounce, including victory over the Springboks in Washington, two victories away to Argentina and then wins over South Africa and Australia in Cardiff last November. The win over the Wallabies was their first in 14 attempts - a run dating back to 2008 - and they are, apart from Ireland, the form side heading into the tournament.

Wales started brightly with a 34-7 thrashing of Scotland at the Millennium Stadium before narrow back-to-back defeats against England and Ireland took the sting out of their campaign. Italy and France were beaten in the final two rounds.