Matt Williams: First Rugby World Cup in Asia has been an outstanding success

New Zealand’s character revealed by their exemplary sportsmanship after defeat 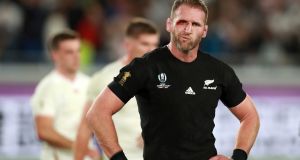 The gamble by World Rugby to move the RWC outside the traditional rugby countries has paid off, big time.

The first RWC in Asia has been an outstanding success. Japan has been a gracious and welcoming host. The magnificent performances by their Brave Blossoms enticed an estimated 55 million Japanese to tune in and watch their quarter-final match.

It is now up to the Japanese Rugby Union to capitalise on the tsunami of goodwill that hosting the tournament has brought.

History proves that hosting a successful Rugby World Cup does not guarantee the prosperity of rugby in that country. In 2003, Australian Rugby hosted a magnificent tournament with the Wallabies making the final and the then ARU pocketing over AUS$20m.

Sixteen years on, Australian rugby is in a financial crisis that forced them to cut the Western Force from Super Rugby, while the number of juniors playing the men’s 15-a-side game has plummeted. There is also the potentially bankrupting “culture war” litigation with Israel Folau sitting ominously on the horizon.

World Rugby can also take credit for showing us that we have excellent referees who can cope with making multiple decisions under extreme pressure. At this tournament our top referees were placed under an enormous amount of scrutiny because of poor governance from the lawmakers at World Rugby.

World Rugby wrongly used the World Cup as the stage to make a hurried statement on head injuries. This forced our officials to hand out yellow and red cards for any shoulder contact to the head, without the on-field officials having the authority to use their judgment in regard to the situation and the sanction required.

World Rugby used a very blunt instrument, that had not been trialled with the required rigour before the World Cup, and left our officials swinging.

As the globe tuned in to watch “the festival of rugby,” they saw players wrongly sanctioned, teams unjustly punished and heard the commentators, rightly, full of questions and criticism.

The principle of protecting players is absolute, the process undertaken was an own goal.

Joyfully there remains a place in the game for those whose body shape might best be described as “having a balcony over the toy shop”.

It is a miracle of genetics that props like Keita Inagaki from Japan and South Africa’s Frans Malherbe can line up for the national anthems at a World Cup quarter-final and look like they have just been dragged onto the team bus from the pub.

All props and the rest of their scrummaging brotherhood are taking an inordinate amount of time to assemble for scrums.

South Africa are the serial offenders at this. In last week’s semi-final, it regularly took 45 seconds or more for the South African hooker to place his foot on the mark and commence the formation.

Three-minute scrums have not been uncommon in Japan. Rugby is in the entertainment business and constant stoppages, with no action for minutes on end, multiple times in a match is not entertainment. It is boring and needs to be addressed.

It is worth remembering that in the famous 1991 World Cup quarter-final at Lansdowne Road between Australia and Ireland, the match-deciding try came from an Australian scrum. From the time the whistle was blown for the scrum to the scoring of the try was 26 seconds.

Every match at this World cup has lost too much precious time because of the ridiculous amount of time it is taking for scrums to form. No one wants a return to the dangerous engagements of the past, but common sense tells us that a “40 second clock” should be in play when a referee calls for a scrum. Not being ready to scrum at the 40 second mark would result in a penalty.

This would eliminate the obvious cynical time wasting we are witnessing and force the scrum coaches to speed up their assembly time.

In the wake of a magnificent English victory, Steve Hansen, Kieran Read and their New Zealand team displayed astonishing dignity. Just after having their sporting souls crushed in public, they acted with class, grace, humility and that very old-fashioned word, sportsmanship.

New Zealand have been magnificent custodians of the William Webb Ellis Trophy. For the last eight years they have set standards of play that mesmerised the planet and they forced all nations, including Ireland, to fight and try to rise above.

England scored more points than New Zealand but the Kiwis showed they are never beaten. Their actions and words oozed with the leadership that all players and coaches should strive to emulate when they are confronted by such a heartbreaking defeat.

As world champions, New Zealand will be a very hard act to follow.

They leave behind some very large, empty, black Adidas, boots. Let’s hope the next generation of champions have the class and leadership to fill them.