UFC: drug record shows up a sport with plenty of problems – whether it is ‘hideous’ or not 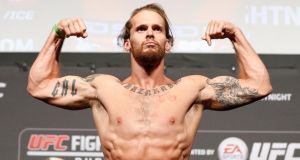 There was a moment during Catherine Noone’s interview with Ryan Tubridy on 2fm on Wednesday morning when it sounded like she was adopting the Capote technique. It may or may not have gone entirely as planned, although plenty of people were clearly moved by it, and in many ways it proved strangely enlightening.

This is the technique – pioneered by Truman Capote – where the interviewer, or indeed interviewee, acts like they have little interest or knowledge on the subject matter. Capote adopted the technique for much of his writing career, most memorably in his New Yorker interview with Marlon Brando, not long after Brando had made his star-making turn as Stanley Kowalski, in A Streetcar Named Desire.

They met in Kyoto, Japan, where Brando was shooting scenes for the film Sayonara. Capote portrayed himself as having little interest in Brando, or knowledge of the acting business, and instead spent much of the interview waffling on about his own beliefs in life. “The little bastard spent half the night telling me all his problems,” Brando later recalled. “I figured the least I could do was tell him a few of mine.”

By exposing his innocence and apathy (and the technique can work equally well in reverse, when used by the interviewee), Capote at the same time drew some telling information from Brando – and it felt that way too after Noone’s interview with Tubridy.

For those who didn’t hear it, the Fine Gael senator went on Tubridy’s show to defend her recent claim that mixed martial arts and the Ultimate Fighting Championship (UFC) is “ultra-violent” and “hideous stuff” and “something we shouldn’t be giving a platform to in Ireland”. Ultimately, Noone said, UFC should be banned.

Tubridy wasn’t falling for it, and after a little more probing, Noone admitted she’d never actually attended or even seen a UFC fight. Her innocence now fully exposed, she also claimed UFC was banned in around 30 US states (not necessarily true: those states simply haven’t licensed it yet), and “from what I know, it’s something I wouldn’t enjoy, and something we shouldn’t have in Dublin”.

Noone, as it turned out, hadn’t entirely calculated on the Capote technique, admitting on Twitter a few hours after the interview that she’d “jumped the gun re UFC”. Yet deliberate or otherwise, the interview still drew some telling information – not the least in the hideous and ultra-violent Twitter response from certain so-called UFC supporters.

Now, senator Noone is probably not alone in only knowing the basics of a Fight Night like this, although judging by the all the promo surrounding McGregor’s participation (he’s promised a title shot against undisputed Brazilian champion José Aldo, should he win), there is probably a good reason why McGregor is 12-1 favourite.

What hasn’t featured as much in the promo is the fact McGregor’s opponent, the Russian-German UFC veteran Dennis Siver, is just coming off a nine-month ban. Because, after just a little more probing, Siver tested positive for human chorionic gonadotropin (hCG), after the UFC Fight Night in Las Vegas, in December 2013. His victory over the Armenian Manny Gamburyan was overturned into a “no contest”, although Siver still got to keep two-thirds of his winning purse, and he’s already fought again, at the UFC Fight Night in Stockholm last October, without, it seems, any doping labels which would surely be attached to him in most other sports.

The 36-year-old is far from the only UFC fighter to fail a doping test in recent months. Four other UFC fighters were caught out in 2014, including Poland’s Piotr Hallmann (for the anabolic steroid drostanolone) and the American Mike King (for the old-school steroid nandrolone). King tested positive after losing to another Irish fighter, Cathal Pendred, in Dublin last July.

Nine-month suspensions appear to be the order of the day, although Russian fighter Ali Bagautinov, who believe it or not tested positive for EPO after the UFC Fight Night in Vancouver last July, was given a one-year ban. And not forgetting the American fighter Chael Sonnen, who retired this summer after failing a third drugs test, the last one, in June, revealing traces of human growth hormone, a pair of unapproved hormone regulators, along with EPO and hCG.

Again, all this after just a little more probing, and which at least helps explain why the Irish Sports Council continue to be cautious in recognising mixed martial arts for funding or any other support purposes. McGregor, meanwhile, is clearly a man on the rise, and yet perhaps the ultimate message from Noone’s interview with Tubridy is that there is still much more we need to know outside the basics of UFC.