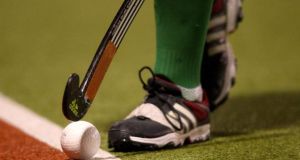 Next Wednesday a meeting takes place in Ulster that could again threaten to split the sport. Following an Irish Hockey Association (IHA) EGM last year, where 87 per cent of the clubs and accredited bodies voted in favour of the proposal to introduce an expanded, season-long Irish Hockey League, Ulster are asking their members to say no.

The general idea is that a national league will promote standards and that Ireland will benefit from that and put itself in a better position to qualify for world events such as the Olympic Games.

The women are trying to do that now in Dublin and the men moved to the final qualification phases in San Diego last week. The idea is better standards at the top can only benefit the sport.

Still, the IHA, with the majority of votes backing them are moving ahead.

But Ulster is urging its members to say no and to consider a motion that would irrevocably splinter hockey on the island. That is the formation of a Northern Ireland Hockey Association.

The province is pressing for their “Option 1” of two available options presented to members in a letter and that is “Ulster Hockey will not participate in the national IHL which includes the non-participation in the administration of that league format”.