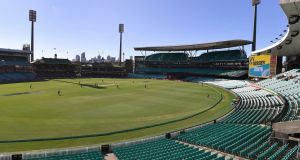 Australia and New Zealand’s limited overs tours have been postponed in the wake of new travel restrictions announced by the New Zealand government on Saturday aimed at containing the spread of the coronavirus.

New Zealand prime minister Jacinda Ardern said on Saturday that everyone entering the country from midnight Sunday must self-isolate for 14 days in an effort to contain the outbreak.

“This development also means the three-match T20I series scheduled for New Zealand cannot proceed as the mandatory self-isolation period would also apply to the Australian squad as soon as it crossed the border into New Zealand,” New Zealand Cricket said in a statement.

“NZC believes both these series can be replayed in their entirety at a later and more appropriate date.”

While the players were booked to fly out on Saturday, bowler Lockie Ferguson spent anxious hours at the team’s Sydney hotel before eventually being cleared of coronavirus.

NZC said earlier on Saturday that Ferguson had been placed in isolation at the team hotel for 24 hours in accordance with recommended health protocols.

“Homeward bound. Lockie Ferguson has also been cleared to fly and will return to New Zealand tomorrow,” the team said on Twitter.

Australia beat New Zealand by 71 runs in the first ODI in front of 48,000 empty seats at the Sydney Cricket Ground on Friday as precautions to prevent the spread of the coronavirus hit home Down Under.

Australia paceman Kane Richardson was also quarantined after reporting a sore throat on Thursday but was cleared of the virus and able to rejoin team mates at the SCG on Friday.