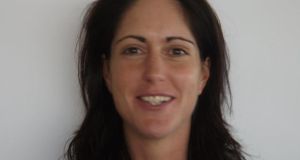 Helen Hannigan: in the double with Monika Dukarska

After the longest ever pre-season for the Ireland international system, the final trial comes this weekend at the National Rowing Centre in Cork.

There are still issues to be settled but the team management have nominated crews for six Olympic-class boats. The big aim this season is to qualify boats for the Olympics through the World Championships in August/September.

The women’s heavyweight crews were the stars of the show last season and the pair of Lisa Dilleen and Leonora Kennedy, the double of Monika Dukarska and Helen Hannigan and single sculler Sanita Puspure are all set to go forward to the regatta in Piediluco in Italy in mid-April and the European Championships in late May.

It is understood that all these athletes, and lightweight sculler Paul O’Donovan, will qualify for carding for the year ahead. Gary Keegan of the Institute of Sport and Paul McDermott of the Irish Sports Council will visit the NRC on Friday.

Puspure is back fit after a long injury lay-off, but Helen Hannigan, who was also injured, is training but not yet ready to trial and Lisa Dilleen has been ill. Dukarska and Kennedy may trial in a pair.

Paul O’Donovan and his elder brother, Gary, are the nominated lightweight double scull, but they have to demonstrate they have the necessary speed, as do the new lightweight four of Micheál Bailey, Anthony English, Shane O’Driscoll and Mark O’Donovan. This is the newest crew, and there is a talented group of under-23 athletes who will trial with at least one eye on taking seats in this boat, perhaps later in the season. A lightweight single scull may also emerge on Saturday.

A big group of heavyweight men will trial, but there is no real prospect of crews being formed for this season’s European or World Championships. A number of juniors will be tested in the run-up to the crucial trial at Easter.

The Lagan Scullers Head of the River in Belfast on Saturday has drawn an entry of 148 crews, mostly from Northern Ireland, with Carrick-on-Shannon the one visiting club.