Majority of this weekend’s domestic trials have been cancelled 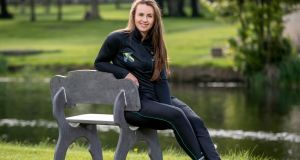 Aifric Keogh, who was best of the Ireland sweep women at the Irish Indoor Championships, is set to trial in Italy. . Photo: Morgan Treacy/Inpho

The main bulk of the Ireland trial set for this weekend at the National Rowing Centre in Cork has been cancelled due to bad weather. However, in a novel move, the women’s sweep group will trial in Italy.

This part of the trial is a crucial one. High performance director Antonio Maurogiovanni hopes to form a competitive women’s four which can contest the Olympic qualifiers in Lucerne in May and join the four other Ireland crews, including the women’s pair, in Tokyo.

The heavyweight squad have been based in Italy on a camp and those not involved in the new trial have returned to Ireland.

There was a possibility that the Ireland lightweight group would also travel to Italy to trial, but this has not progressed and the lightweights will trial at a later date when the weather permits it.

The Ireland team for the international season is set to be picked after the next trial in March.

1 Robbie Henshaw likely to be the only Irish change for France finale
2 Seán O’Brien: Anger over my parents’ break-up never left me
3 Cian Healy: ‘Realistically I got away with murder when I was younger’
4 Ireland's centre will hold thanks to Henshaw and Aki’s midfield muscle memory
5 Gerry Thornley: Antoine Dupont and France look perfectly primed for Ireland visit
Real news has value SUBSCRIBE