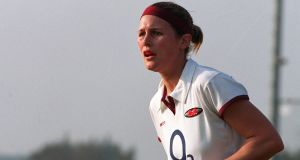 It’s been a desperately sad week for the hockey community following news of the death last Sunday of former Loreto captain Nikki Dignam (nee Lyons) at the age of just 43.

A native of Castletroy, Limerick, Dignam initially joined Muckross when she moved to Dublin for college, but it was her time with Loreto that proved hugely successful, the club winning just about it all in her years with them. Most memorable, perhaps, was 2003 when she captained the club to both the Irish Senior Cup and gold on their European debut in the Cup Winners’ Cup in Vienna.

“When I took over the team in 2002, Nikki was the obvious choice as captain,” said former Loreto coach Tom O’Donoghue. “She was universally popular and a leader, the ultimate team player and a coach’s dream. Nikki was always setting standards, driving the group. Her inner goodness, positivity and Munster tenacity was a key element in the success that we had.”

“Nikki was one of the most influential people in my life,” said Louisa Healy, the former Loreto and Ireland goalkeeper. “When I left the quiet life in Wexford, she took me under her wing and looked after me like I was her own sister. She was an amazing woman, and on the pitch I’d have picked 10 Nikki Lyons to be togging out in front of me, her resilience, stamina, leadership and work rate could not be matched. A true legend of the game who probably didn’t get half the recognition she deserved at the time.”

“Nikki’s fitness and competitiveness was remarkable – if they had GPS trackers in those days, her results would have been off the charts,” said another former team-mate, Clodagh Grealy. “She motivated, encouraged and inspired her team-mates. She always enjoyed playing and enjoyed winning more than anyone I know. A true leader.”

“She was the ultimate professional, a true competitor and the most pristine hockey player who colour co-ordinated her kit down to her hair clips,” said Loreto president Wendy Byrne, who also played alongside Dignam. “Her smile was infectious, her warmth and friendliness genuine. ‘She believed she could, so she did’ – this is a quote Nikki and her daughter Anna used all the time. It summed her up.”

After moving to Ashford in Wicklow, where she ran the Woodpecker Bar & Restaurant with her husband Alan, Dignam played for a spell with Bray Hockey Club. She passed away after a long battle with illness in recent years. She is survived by her husband Alan, children Anna, Kian and Nial, parents Ken and Renza, and siblings Jennifer, Karen and Keith. May she rest in peace.