Busy build-up for Ireland ahead of July's World Cup 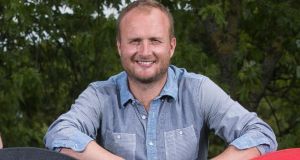 Graham Shaw: “The opportunity to play the world number two is invaluable training for us before a World Cup,” said Shaw. Photograph: Ryan Byrne/Inpho

Ireland certainly won’t be short of practice by the time they open their World Cup campaign in July against the United States in London, an intensive build-up to the tournament announced this week with matches against Spain, Scotland, England, Germany, Japan, Italy and Chile in the schedule.

The first phase of the build-up sees the squad on their travels, starting with a four-match series away to Spain between February 6th and Feb 11th. A month later it’s off to Glasgow for two games against Scotland, before taking on England twice, at Bisham Abbey and at the World Cup venue where the teams will meet in their final pool match on July 29.

“The opportunity to play the world number two is invaluable training for us before a World Cup,” said coach Graham Shaw.

“Playing in Lee Valley and getting to essentially do a trial run with regards accommodation and transport, as well as playing on the new World Cup pitch, is going to be great preparation for us”.

The last of the away trips takes the squad to Germany for three matches against their hosts, before returning home to play Japan in Cork (July 4th) and Dublin (July 6th and 7th). The build-up is completed by a three nations tournament with Italy and Chile, with the venue still to be confirmed.

No clubs have contributed more players to the Irish squad in the last few years than Cork Harlequins and UCD, so their Hockey League meeting at Farmers Cross on Saturday will feature a string of internationals.

UCD suffered their only defeat of the season at the hands of Harlequins in their opening Hockey League fixture back in September, but since then they’ve won seven and drawn one of their eight games, enough to put them top of the table, a point ahead of the Cork side – who remain the league’s only unbeaten team.

Pegasus, four points adrift of Harlequins but with a game in hand, will hope to take advantage of the top two meeting when they visit Trinity on Saturday, while fourth-placed Railway Union, another four points back, could do with getting the better of Loreto at Park Avenue if they are to boost their challenge.

Ards, in fifth, are away to Pembroke Wanderers (eighth), while bottom club Monkstown play Belfast Harlequins (seventh) who have another game in Dublin on Sunday, Loreto their hosts.

1 Owen Doyle: Creeping professionalism of schools rugby a threat to the game
2 Six Nations: A 21st-century tournament that saw Irish rugby come of age
3 David Clifford sends everyone back to their corners unbeaten
4 Mike Catt hopes to have Irish backs purring in Six Nations
5 Six Nations: Ireland are contenders but England still the team to beat
Real news has value SUBSCRIBE