Rory McIlroy admits concerns over Zika virus ahead of Olympics

The World Health Organization on everything you need to know about the Zika Virus. Video: WHO 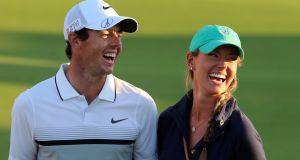 Rory McIlroy has said he and his fiancée Erica Stoll are contemplating the prospect of starting a family in the next year or two. Photograph: Karim Sahib/AFP/Getty Images

As of now, Rory McIlroy will represent Ireland in the Olympics in Rio de Janeiro but less than 24 hours after winning the Irish Open, the world number three – a realistic gold medal contender – told BBC Northern Ireland he was monitoring the situation in relation to the Zika virus.

McIlroy is due to get his general medical inoculations on Wednesday, but there is no vaccination against Zika virus, which is transmitted through the bite of an infected mosquito. The disease has been linked to birth defects discovered after pregnant women contracted it.

McIlroy is engaged to be married and, following his emotional victory at The K Club, signalled his intent to kick on into a big summer of golf that includes the three remaining Majors of the season along with the Olympics and his aims to claim the FedEx Cup on the PGA Tour and retain the Race to Dubai money title on the European Tour.

However, speaking at Carton House on Monday where he met with the Northern Ireland soccer team who are preparing for the upcoming European championships, McIlroy flagged his concern at developments about the virus.

“I have been reading a lot of reports about Zika and there have been some articles coming out saying that it might be worse than they’re saying . . . I have to monitor that situation. There’s going to be a point in the next couple of years where we’re going to have to think about starting a family and I don’t want anything to affect that.”

McIlroy – who chose to represent Ireland over Britain in the Olympics – is guaranteed a place on the team, if he decides to play, with Shane Lowry the most likely to complete the two-man team for the men’s competition.

“Right now I’m ready to go to Rio and try to compete for a gold medal. I am actually going to get my injection, at least I will be immunised for whatever if I do get bitten by a mosquito down there. Right now I am going and I am looking forward to it.”

A number of other highly ranked players have already opted out of competing due to concerns over the virus, with others citing scheduling issues as a reason for not going: among those who won’t be competing are Australia’s Adam Scott and South Africans Charl Schwartzel and Louis Oosthuizen.

McIlroy would be seen as one of the favourites for the men’s strokeplay event at the Olympics and, in the same interview, said there were no issues with him playing for Ireland over Britain: “I’ve always played golf for Ireland. We view golf in this island as the whole of Ireland and it’s what I’ve always done and that’s what I’m going to do down there. I’m going to be proud to put on that green shirt and hopefully compete for a gold (medal).”

In savouring his triumph in the Irish Open – his 20th career win worldwide as a professional – the 27-year-old Northern Irishman gave credit to his coach Michael Bannon for fixing a glitch in his swing which had materialised at last month’s Masters tournament in Augusta.

“I had a big fear at Augusta of the ball going left and Michael noticed something in my swing. We had a good week in the week leading up to this three-week stretch. We have just been working on trying to figure it out. I don’t want to get too technical but we have been trying to get the club more set on the plane and more in front of me on the way down and it has bedded in really nicely and I feel like I have a really good structure now to go with for the rest of the year,” McIlroy told RTÉ Radio.

McIlroy – who has decided not to play in this week’s BMW PGA Championship, the flagship event on the European Tour and a title he won two years ago – will resume tournament action at next week’s Memorial tournament in Ohio which will be his only competitive outing ahead of next month’s US Open in Pittsburgh.