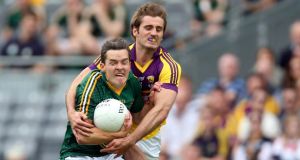 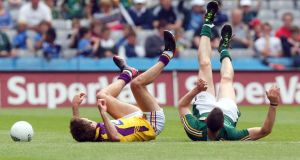 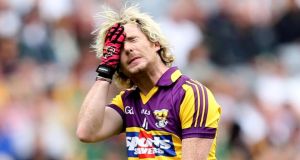 Meath 0-18 Wexford 0-13: Meath survived a first half spent mainly on the back foot and finished strongly to reach a second successive Leinster football final at Croke Park this afternoon.

A more fluid and impressive attacking display after half-time, featuring accurate place kicking by Michael Newman, who finished with nine frees, and Graham Reilly - four points from play - was sufficient to see off Wexford.

Aidan O’Brien’s side will regret a number of missed chances, both in terms of wides and points unambitiously taken when goals were possibly available, but they weren’t able to stay with Meath when their opponents kicked on.

The match actually swung in the 10 minutes before the break, when Wexford went from leading by four - 0-8 to 0-4 - after a fine point kicked by Brian Malone, to just the minimum advantage - 0-8 to 0-7 - after Ben Brosnan missed a couple of frees in the closing minutes of the half.

Although he converted a free after the break and Malone added another, a run of five unanswered points reversed the direction of the match and pushed Meath ahead.

Wexford battled hard but they never regained the initiative and, sustained by Newman’s frees, Meath kept the scoreboard ticking over for an ultimately convincing win.