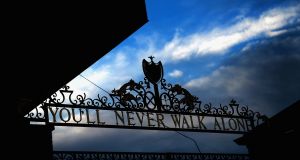 When something in soccer is described in terms of Moneyball, the famous Michael Lewis book, it can provoke suspicion. At times Liverpool have been adorned with it. Brentford and FC Midtjylland too. Arousing a curiosity in some, others in the game can be wary of numbers men.

Coventry City, currently in English League One, have come through some difficult times. The club has appointed a new managing director this month. It’s Chris Anderson, co-author of The Numbers Game, a 2013 book that applied a numerical eye to soccer. A club spokesperson was clear in stating that this was not Moneyball. “This is not what Brentford are doing, how they’re using analytics”. Their new MD, a former semi-professional player, would be concentrating on the commercial side of the club. Off-field only, with the soccer business being left to soccer people.

It will perhaps be difficult to entirely separate what happens on and off the field. Rob Wilson, football finance specialist and principle lecturer on the sport business management programme at Sheffield Hallam University, employs a holistic performance model to examine the health of soccer clubs. The model, created as part of Daniel Plumley’s PhD, ranks clubs by both financial and sporting performance, and while some investors might concentrate on the financial performance only, in general the two are connected.

Their next phase of research will look to integrate the social aspect of a club in determining success, taking into account a club’s community foundation, perhaps, or assessing the educational achievement of young players brought through the system. It would be perhaps “a better ethical model”, said Wilson.

Linking boardroom decisions to onfield data is where Blake Wooster saw an opening.

Wooster is co-founder of 21st Club, a company which provides strategic advice to football club boardrooms. “We work with boardrooms and treat the players like financial assets. We look at their potential and underlying performance and appreciation, and future projections over time,” said Wooster, formerly of stats firm Prozone.

He said he saw an opportunity in using an understanding of onfield performance data to influence mid- to long-term strategy. This approach “naturally gravitates towards the boardroom decision-making process – succession planning, looking at scenario planning two, three, four, five years out.” The company’s customers are clubs and federations, said Wooster, as well as potential investors seeking another angle to their due diligence.

“People often look at the league table, and a result, and say things like ‘the league table never lies – you get what you deserve’. We think the league table almost always lies, especially early on in a season.” To counter this perception, 21st Club produces a model they call Performance League in an effort to illustrate to sporting directors the difference between underlying performance and actual results and what that gap can mean for their decisions.

Anderson’s co-author and business partner David Sally, speaking from his home in Ithaca, New York, said people don’t fully appreciate that luck or randomness plays in their lives. “I don’t think people in clubs can recognise it, but then I don’t think most humans can fully recognise it. It’s very hard not to create narratives and rationales for why events happen.”

The Dartmouth professor said that how one determines success is not all about finance or trophies, and it’s not even about stats. It’s about “evidence-based management”.

In their consulting business, Sally said they might ask a club a simple question: “do you have a reason for doing the things that you’re doing?” That might be on the field, or off it. Asking such questions is where Anderson might come in useful for Coventry City.